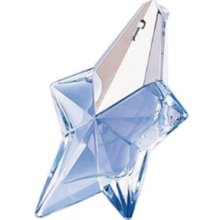 I took a “to-do” note on my phone last week.  There, snug between other terse and cryptic items like “2×4 bed,” “wisdom teeth,” and “401k review,” I wrote the words Betty Jonhston.

I didn’t know any better at the time, but want I meant to type was Betsey Johnson.  Google it.  I’ll wait.

You probably got some pages about womens’ clothing or something, right?  Strange thing for me to be taking a to-do note on the phone about, but let me explain.  See, each morning at work I go through my little routine.  Get to the office, walk to my desk and dump my stuff.  Dock my laptop and get it booting while I grab my coffee mug and head downstairs to fill up and grab a banana or two.  While downstairs in the cafe, I often run into a set of “same timers,” folks who have a similar cafeteria-run timeframe to mine (and are regular enough about it to be consistent).  I say hello to a few of these folks, some only because I see them most mornings and some because we’re friends “outside work.”

The other morning one of those same-timers stepped in to say “good morning” and, when she did, her freshly spritzed perfume wafted across to me.  “Dang,” I said, “you smell rad.”  (Note: I can’t remember exactly what I said, but it was long those lines.  Smooth, to-the-point, slightly inappropriate for the corporate environment, and delivered with some sort of outdated slang for just a little comedic impact).  “So many people have told me that,” she replied.  I sniffed conspicuously, asking, “What is it.”  I thought she said Betty Johnston.  I complimented the scent again as she went on her way, and after she left I typed those words into my to-do list.  (Hey, HR-types, don’t worry – I know the woman well and I don’t think I’ll be facing harassment charges anytime soon.  Don’t think you’ve not trained me well; I know that I’m a chauvinistic demon for wanting to compliment my female employee’s new hairdo or nice coat; I’m well indoctrinated.)

Women must know what motivates men to buy perfume, right?  We smell it, it smells good, we buy it.  But women must also know that (most) men aren’t just stopping by the perfume store and doing a bunch of comparative sniffing to determine what smells good.  Nope.  Those places are overwhelming anyway, those scent superstores.  The “din” of smells is so thick that my ability to distinguish individual scents flies from me, and any sort of shopping around in that environment becomes pointless.  No, no siree.  The only place I ever smell perfume, the only place I ever notice it, is on other women.  I smell it on someone, and if I like the smell enough I try and find out what it is so I can look at maybe getting some for Sharaun.

I hope this isn’t bad.  There’s no notion of fantasy here or anything… no concept of making one woman smell like another as some mindtrick or anything like that.  It’s just how I encounter and decide I like fragrances.  (OK, OK, just as long as anyone who knows the real story behind the star-shaped bottle of Thierry Mugler’s Angel I bought her sophomore year of college – you keep your mouths shut.)  It’s not like I’m saying, “Hey, I bought you this perfume so you can smell like the blonde I see every morning at work.”  It’s more like, “This perfume smells rad and I think you’d smell hot in it, so I bought it for you.”  I think that’s OK, yeah?  I guess it’s too bad if it’s not, because it’s how I do it.  She uses perfume so sparingly, anyway, that I rarely have a reason or opportunity to get her more – so it’s not like a regular thing.  Yeah, that’s OK.