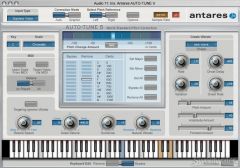 I wrote a whole entry last night and scrapped it around 11:30pm.  Just wasn’t going anywhere.

I’d like to address now my now more-than-obviously clear divergence from my previous posting frequency.  Wasn’t long ago I was hitting every single weekday without fail, day after day (or night after night, as my writing goes).  If you follow this page at all, you’ll know that posting has fallen way off from those days gone by.  On average now, I’d guess I miss two out of the five days I used to post.  I dunno… I still start out each day intending to write… I just don’t always get around to it.  Most of the time this isn’t a sin of omission but rather one of commission.  I choose not to write; usually, I have nothing to write about.  I don’t know if this is the new model or an extended phase.  But, I still have a desire to write… and I’ll continue to do so whenever I feel like I can.

Yesterday and today at work I had a measurably better days than my recent run of stinkers.  Mostly because I avoided thinking about and working on the one set of tasks that is giving me so much grief.  I know, you, being prudent, would dive headlong into those unsavory tasks until they were done – and I considered that too.  Ultimately, however, I found that delaying the inevitable difficulty for some temporary relief was my preferred avenue.  So, I worked on a bunch of smaller tasks that needed doing, and used my personal time well to take care of tasks outside the realm of work (can you tell that getting things done makes me feel happy?).  But, none of this is particularly interesting… so let’s move along.

Oh, the new Kanye leaked recently… and it makes me need to talk about the state of hip-hop and wanna-be hip-hop lately…

Producers of the genre, please heed my call!!  Stop it already with the mother-humpin’ autotune!

I’m not kidding, it was stale so many months ago, and it can only “fix” so much.  I understand you’re now using it as a stylistic element, like the quirky background sounds Timbaland’s production made ubiquitous years ago, or the No Limits sound, or the Neptunes sound, or the Mace sound, or the Nelly sound.  But, look, people, while everyone knows what’s hot in hip-hop is cyclical and the “in” sound typically follows and emulates one producer or a stable of artists  – the autotune abuse needs to stop.  If that means we lose T-Pain forever, so be it.

When every single song on your album (and I’m looking at you, Mr. 808s & Heartbreak West) is sung via autotune it truly grates on ones ears.  In fact, it becomes unlistenable.  When every single song on the radio is “enhanced” through autotune, it’s awful.  If I wanted to listen to a robot “sing” perfectly-keyed click-to-pitch ballads… well, let’s just say I would never want that.

One Reply to “producers of the genre, please heed my call!!”