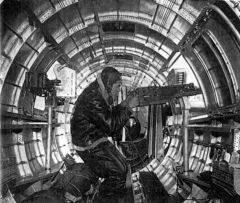 I can’t believe the week is over.  I deserve this weekend, I swear.

This evening, Sharaun and I had dinner with the elderly couple from church we occasionally bring dinner to (I didn’t know how to write that sentence without using the word “dinner” twice).  I always have a good time doing this, not just for feeling charitable, but for the company and getting to talk to folks with a full-life of experience on which to base their opinions.

I went back over the past five or six entries I’ve written tonight, doing a little touch-up editing.  I rarely ever do this, but after a quick review of the last few posts I’ve turned out (on the commode today, using the handy iPhone) I was shocked to see a string of horrible grammar, half-completed sentences, and word-reuse.  This kind of thing comes from writing too fast and not reviewing before posting, which, when you boil it down, is just laziness.  Hopefully, looking back through this thing sometime in the future, I’ll be able to have a bit more respect for myself.

Tonight (as you read this), I’m invited to a “soup and sweater” party.  This is a new kind of party concept for me.  But, it’s also something I think I can totally get on-board with.  I love soup… like, almost as much as I love potatoes kinda love.  And, I’m also partial to sweaters.  The theme (winter, or somesuch) is not lost on me, so there’s kitsch value too.  The twist, however, is that we’re supposed to wear obnoxious sweaters to the soup and sweater party.  Personally, I’ve got a real humdinger.  Wait… I’m writing this and… I’m realizing… just how old I am.  Not a foam party; not a toga party; a soup and sweater party!  Know what… I don’t care.  I’m gonna wear my ridiculous sweater and eat bowlful after bowlful of soup.  Sue me.

Saturday, I’m going to watch football all day… maybe drink beer… maybe eat bean-dip.  Then Sunday, we’re scheduled to get some “official” family photos done by our very talented pro-photog friend (and occasional sounds familiar commenter), Megan.  I’m quite excited about this – as we’ve never had any sort of “official” photos done of us… and, don’t think us horrible parents please, but we’ve never had professional portraits of Keaton done either (I know some people who do it monthly for their kids).  She usually shares some “sneak peek” photos on her blog(s) after a session, and I’ll link ’em here if and when she does for our go at it Sunday.

Busy weekend, but better than work.

And finally, as a quick follow-up to my autotune comments of yesterday, the message boards are coming down hard on Kanye too.  Here is a short roundup of some of my favorite comments about autotune on 808s & Heartbreak:

Ahahaha. This album is whack. Seriously, what is it that makes artists these days think that autotune is actually worth using?

… all of the vocals are singing with heavy autotune, no rapping (except by Young Jeezy on “Amazing”),  musically it isn’t even really hip-hop, and the production is innovative as usual.

I don’t like it. The autotune aspect continues to be overused to the point of irrelevance.

i really hate the autotune. These songs could be so much better if he had never discovered its existence. I don’t know if i can handle a whole album of it. GOD**** AUTOTUNE!

wow this album is going to be fucking terrible. he doesn’t even attempt to learn to sing…he breathes at incredibly awkward times and the autotuning is just fucking ridiculous. and ffs every song is literally the same instrumentation: drumline, synthesized dull piano beat, and maybe a horn or so.

Autotune is shit and he’s obviously too dumb/arrogant to realize it.

fuuuccckkk.  the autotune makes me want to go kill something.

I dunno, I think autotune is okay on a song or two, but if he uses it on the whole album it’s going to be fucking annoying.

Ahhh… vindication from other snobs… what every music nut craves.  Feels good to be right, though.

One Reply to “I deserve this weekend, I swear.”