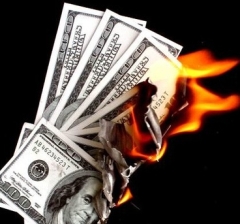 Speaking of Sharaun, she leaves for her New Kids On the Block cruise on Wednesday morning.  Abandoning me to both kids and a full-time job and all the week-before planning madness.  I don’t want to devote much writing time to this cruise, because I’m afraid I’ll get to riled up.  I’m glad she’s going because she wants to so bad… the kind of bad where you might mistake her for a thirteen year old teenie-bopper instead of an established stay-at-home mom of the suburbs.  I’m also glad she’ll have some time to cut loose with her friends, so there’s that.  But don’t ever, ever, try and talk to me about the money thing.  If I think too long about it I get disgusted (probably shouldn’t tell her that either, even though she already knows it’s not good to kick the anthill).  But let’s talk about it just a bit… perhaps…

I wouldn’t deny her the experience because of cost, obviously… no.  What angries up my blood is realizing how rational it is in her mind to spend so exorbitantly on something I consider so wasteful.  I think it’s that mental disconnect around “return on investment” that irks me.  To her it’s a “no duh” to spend so much on something like this, to me it’s akin to burning dollars.  But then again, I don’t expect to understand it… the ROI for her is something I’ll not be able to comprehend.  I’d like to say that there’s nothing I would be willing to spend so stupidly on… but I’m fearful of making such a statement and then getting called down with lightning.  I suppose I can leave it at that, because if we go much further down this route I’ll begin playing the apologetic and start questioning myself in her voice about the money I’m disposing on this silly RV trip (which, I might schizophrenically add, is a family thing).  I could do this all day… debate with my own consciousness.  Probably as good reading as it is thinking, though, huh?

Anyway it’s the kids and Mr. Mom for the latter half of the week, our last weekend in town, and Monday of next week.  Then Sharaun’s back and we have five days to get everything together, load it into the vehicle, and hit the road.  It’s going to go by in a blur, I already know it.  Wish me luck.