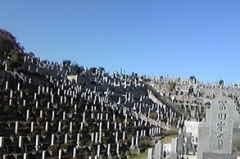 Somehow it feels like I’ve been over here for more than a week already.  Touched down in Taipei yesterday evening after the short two hour direct flight from Shanghai.  The direct flight is relatively new, whereas previously you’d have to stop in Hong Kong.  “One country, two systems,” or somesuch.  Here in the ROC, I’m staying at Pat & Cynthia’s place.  It’s brand new, plush, more than comfortably sized and quite well-appointed.  Found my way back to the place alone last night when they turned in for the night about an hour earlier than I did; wandering the once-familiar streets of Taipei again.

The week’s activities are a tad less work-centric than the time in Shanghai – at least I hope so.  Meetings blocking out the mornings today and tomorrow (which is like yesterday and today, or something, for the US readers… it’s confusing),  but the afternoons and evenings are fairly open.  Rough plans have been sketched out: karaoke; shopping for some cheap computer hardware (need a webcam to Skype with family back in Florida – Keaton wants to video-chat with her cousin Hobson); many dinners and lunches consisting of delicious foodstuffs.  Y’know, the standard Taiwan stuff.

This morning on the walk to work we stopped at a little roadside eatery for a “local breakfast.”  Having come from the $30 hotel buffet in Shanghai, the sub-100NT tab was quite a difference.  And the food was, arguably, better than the Shanghai Hilton fare.  I like all the walking in this city… and I’ve written about it somewhere before (I’ll just link to the blog’s entire “Taiwan” category here, rather than try to find the exact entries).  This morning the weather was particularly mild, bright, and clear (even moreso compared to the dingy particulate-laden Shanghai ozone) and, being the first one awake in the house, I stepped out onto Pat and Cynthia’s little patio and just street-gazed for a while.

Goodnight folks.  Until the next day in Asia.  Love you.