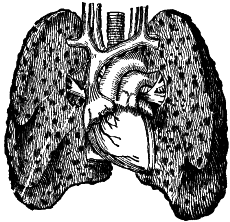 Hi from the other side of the Earth, internet.  I miss my family.  Sharaun e-mails me pictures and it makes me miss them more.

Shanghai is pretty much like I remember it.  Even though it’s been quite a while since I’ve been here, it looks roughly the same – although the seemingly never-ending construction and population influx means things look even more crowded and dense, if possible.  I swear it seems like this city sprawls as much as it crowds, both growing outward and becoming thicker inside.  The streets teem with people; people walking, riding bikes, scooters, cars, trucks, buses – all of it a quivering ball of loosely organized chaos.  The people are as hospitable as ever, and the food is always delicious.

On the plane over I started feeling some sinus & respiratory discomfort – as I often do when flying, the tight space and recycled air, perhaps – but it’s gotten worse since being here and is annoying.  I have a sporadic cough and my nose is stuffed up.  Nothing major, no fever or anything, more like allergies or a reaction to the rough air and tight spaces.  Makes for a scratchy voice and sniffles though, and the occasional swimming head.  A guy at the hotel had some generic Wal Mart cold medicine he carried over from the states, so I popped one of those this morning in hopes the decongestant component will offer a little relief later today.  Either way, I’ll maintain.

I took some iPhone pictures throughout the first couple days (funny how, the more often you’ve been somewhere, you tend to be less and less picture crazy).  They’re not the highest quality images, but I had some time this morning so I uploaded a few for your enjoyment.  Check them out below:

Tomorrow I’ll work a half-day and then take the short flight to Taiwan to finish out the week there.  I canceled the hotel and will be staying with friends while in town, so am excited to spend some time at their new place and bumming around the city with them.

And there’s been work too.  In fact, the work I’ve ended up doing has proven really valuable to me.  Likely this tells me that I should get out here more often.  I’ve been cloistered in a room with the same five other managers now for going on sixteen hours but the output from our sessions makes me proud.  I guess sometimes there’s no real substitute for locking yourselves up and hammering on problems until you end up with a solution.