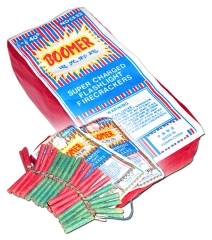 Well internet, I thought I’d drop in after the week absence Mexico so lovingly provided us.

Yes, we’re back… and yes, I’m back to work.  Confined once again in my tiny shoulder-height grey box, staring at my monitor, typing, and talking on the phone.  It’s a far cry from the routine we’d fallen so easily into last week on vacation.

For reference, that routine went exactly like this: Wake up at 8am, get Keaton and Sharaun up.  Change into swimsuits and lube up with the sunblock.  Meet our co-vacationing friends for breakfast at 9am.  Poolside by 10am at the latest.  Bloody Mary or Malibu and pineapple to start the day.  Swim; read; lounge.  More drinks.  Lunch around 1pm.  Swim; read; lounge, drinks.  Back to the hotel to shower and change around 6pm.  Meet for dinner at 7pm; switch to martinis.  In bed by 11pm to do it all again tomorrow.

Blissful; it was blissful.  But being back is OK too.  We got home at past midnight on Saturday (OK Sunday), and I spent Sunday putting up all the Halloween decorations.  Got everything up too, but things need the usual tweaking and yearly repairs.  Coffin guy needs a new head, time has disintegrated the plastic near entirely.  The ceiling dropper’s rope broke from friction  and strain again, so I have to replace that once more.  The ghost needs to be re-tied at better heights so her motion is more natural, and the witch’s dress needs a new pinning to keep it in place.  But, over the years I’ve streamlined the setup so much (with permanently installed hooks, platforms, and ties) that everything went up easily.  So easily, in fact, that I’m thinking of trying to finish off an old prop concept I started and never finished…

Today at work Buffalo Springfield’s “I Am A Child” shuffled up on the iPod. Any time I hear Buffalo Springfield, I get mega-nostalgic. For whatever reason, the part of the past when I bought their greatest hits record, back in middle school, is indelibly burned into my brain. I write a lot about how certain music melds with memory for me, forever linking a song or album or sound to some event – and Buffalo Springfield is one of the strongest of those associations. I have the clearest memories of sitting in my room back in Florida listening to that album over and over. One memory in particular is actually strange enough to share.

Before I was exposed to marijuana, I was already fascinated with the concept of smoking something to “get high.” After all, practically every 60s musical and cultural icon I idolized as a teen glamorized the experience… how could I be expected to not want to try it? At one point, I can remember hearing, somehow, that cloves could get you high. This led to Kyle and I rolling up and smoking cloves, yes… plain old dried clove, whole and un-ground from the spice rack, and nearly coughing to death as we tried in vain to catch a buzz. Ditto with the recipe for “banandine” we got from the Anarchist Cookbook. Try as we might, we couldn’t seem to figure it out.  But really… try we did.  I mean, we’d pretty much smoke anything.

I remember one afternoon, while listening to the Buffalo Springfield album that spurred this whole ramble, actually smoking and inhaling some spent firecrackers I had in my room. Over the years I’ve wondered where I would even get such an idea… I used to be obsessed with fireworks (well, fire and fireworks in general, really).  I used to ride my bike around the neighborhood early on the morning of July 5th, collecting the burned shells of the previous nights fountains and bottle rockets and roman candles.  Not only did I love the labels and packaging, but I loved the burned-out smell of the things.  Maybe that’s what made me decide to try and “smoke” one.  Buffalo Springfield in the background, bedroom window open, and I’m sitting there “smoking” a used ladyfinger.