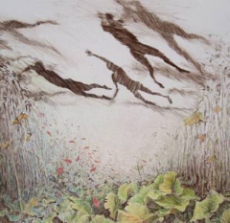 Hello Wednesday. As you read this I’m already on a plane. But I wrote for you. Go.

Being that Keaton is now three-and-half going on four, I’ve found myself more and more lately fielding questions from relatives and friends alike about if or when Sharaun and I plan to “go for number two.” Most folks who we hang out with on a regular basis know the answer I typically give to that question, but, being that it will segue me into a fun blog, I figured I’d answer it here too.

What I usually say to these inquiring minds is some variant of, “As soon as my junk starts working again, we’ll make it happen!” I then laugh, because, whatever the message, delivering it with a bit of humor seems to take the edge off. And, if you’re a read-between-the-lines kind of person, you’d probably come to the conclusion that maybe my joke hides some hidden meaning. Is there something wrong with my “junk?,” are Sharaun and I really actively trying to “make it happen?”

The answer, for the blog’s sake, to each of those in turn goes like this: “No,” and “yes.”

But it’s the story behind those two single-word answers that’s the material for today’s blog. So, let me start at the beginning, which entails addressing the “yes” answer first…

When we were blessed so richly with the arrival of our #1 favorite child, Keaton, I think Sharaun and I both had it in our mind that we’d someday like to give her a sibling. We still very much feel like that today. Originally, we imagined a two-to-three year space in between progeny – something we’d idealized from the gaps between us and our own siblings, no doubt.

But, both she and I are pretty much realists, and we’d long known that just because two-to-three years “seemed right” didn’t mean things would work out that way. We did, however, want to try to hit our schedule. So, going on a year-and-a-half ago now, we began “trying” for number-two in earnest. Yes, this means timed and tested trying. Nearly a year-and-a-half of these tries now (which, admittedly, only amounts to a measly eighteen actual chances) with no results.

And that brings me to the “no” answer. Being that we’ve been at it now for this long with nothing to show for it (well, other than a week’s worth of beaming, smiling confidence and bravado from an over-sexed me on a monthly basis, that is), we both started to wonder if maybe there weren’t some external factors at play in the whole thing. We agreed that, after a year of measured trying, we’d run the idea by some sort of medical professional and see what they’d recommend.

That eventuality came to pass a few months back, with Sharaun putting the question to her lady-doctor. This first-pass visit was largely non-revelatory in that it consisted of the woman-bits-PhD asking Sharaun questions and then, satisfied with her answers, recommending I get my junk checked. Far from a frustrating response though, as it now gave me some tangible checkpoint to look forward to. Finally, after my junk-checkup, we’d be able to rule out my junk as the party at-fault in the matter (not that either of us were vindictively assigning blame or anything).

In fact, let me take that last parenthetical clause as an opportunity to sneak in a bit of an aside thought here. The gist of it being that neither Sharaun nor I are anything near “heartbroken” that our last year-and-a-half of coitus has failed to “bring it.” Nor are either of us wrung tight in a fit of frustration about it. In fact, we both look at the situation through a similar kind of “when it’s supposed to happen it’ll happen” lens. Now, if we didn’t have Keaton already, maybe our attitudes would be different… and we’d be more aware of the proverbial ticking of that proverbial clock, but, in our current situation, we’re both just a bit… curious. That’s not to say that we don’t wish things would have happened already, but they simply haven’t.

The thing I wanted to know, not at all out of desperation, was if perhaps there was some “issue” behind the “delay.” I wondered to myself, more than once, “What if Keaton was our one-in-a-million chance?” Of course, my self would then immediately answer myself with something like, “Man, what an amazing one-in-a-million we got. I couldn’t be happier.” But, part of me (and to a lesser extent, I think, Sharaun) was indeed curious as to if there maybe were some real, explainable “reasons” we hadn’t been “successful” yet (note to self: to cover the bases, insert apologetics about usage of the word “successful” here; themes should include – Keaton is a success, monthly sex is a success; etc.).

Anyway… the bottom line here, the point of this now two-paragraph aside, is that we were, and are, far from distraught about how things have played out thus far and are, honestly, supremely happy overall with our current lot in life.

I eagerly made an appointment at the fertility clinic. And, when the appointed day and time rolled around I made my way to the facility. Not being someone overly crippled by shyness, I walked in as if I were going to have a cavity filled. I guess maybe there is some amount of “stigma” about having to go to the wiener-doctor… I mean at its most base level it does mean a man is entertaining the thought that perhaps he’s not as virile as he should be. Maybe that he’s somehow “broken” as a man; non-functional. I thought about these things as I picked up on the tone of the office. The place was quiet, and the people waiting in the lobby were keeping to themselves, studying magazines or talking quietly to each other in pairs. The air of the place didn’t really shake me, but just made me cognizant that I was really there to get my junk checked… thumbs-up or thumbs-down. Still though, curiosity and desire to know topped out fear or apprehension in my gut more than 2:1.

A nice lady took my copay and then a woman in scrubs called me into the back. There, she silently escorted me to an open door leading to a small room. Here she said her only words to me the entire visit, “Once you go inside, close and lock the door. There is paperwork that explains what you need to do and you need to follow it exactly. Everything else you’ll need is in the room.” “Thanks,” I say, and proceed into my own private masturbatorium (trying not to think about how many other people had called it their own private masturbatorium that day, let alone all-time). I locked the door behind me and began to take stock.

The room was small, about the size of a typical bathroom. On the far wall was a small bench with pillows, long enough to lay down on. There was a sink with soap and paper towels to my right, and a small cabinet to my left. Sitting on the cabinet was a pen and clipboard with a stack of paperwork and an empty plastic specimen jar with a blank label on it. On the wall above the sink was a watercolor of a semi-clad woman, tasteful and remotely erotic if maybe someone thought long enough about it. On the wall above the cabinet, more of the same. On the back wall, above the bench bed, was a small wooden cabinet door, about the size of a medicine cabinet. Next to that was a light switch. On the floor behind the cabinet with the paperwork was a magazine rack stuffed full of well-worn magazines (more on that later).

I took a breath to bring myself around to the moment and sat down to read my instructions. They were, more or less, as follows: 1) Wash your hands and junk, 2) Put your specimen in the jar, 3) Close and label the jar, 4) Fill out this paperwork about your specimen, 5) Put the specimen and this paperwork in the cabinet in the wall and flip the switch to let us know it’s there, and 6) You’re done. “Right,” I thought, “Let’s do this then.”

I looked at the watercolors; nothing. I decided to check the magazines. Boy, what a collection. Something for everyone. One with fat chicks, one with black chicks, a couple tasteful ones, more than a couple really-not-tasteful ones. I thumbed through a couple of them, unsure, and managed a little forward progress. Unsatisfied, I just set about getting down to brass tacks and making it happen.

I put my name and the time on my little jar and put it in the wall. Then I flipped the switch, washed my hands again, and headed out. There was even a special back door for specimen-givers to sneak out of, so we (presumably) didn’t have to do the “I just had a manual self-administered orgasm in a little room back there” walk of shame. Nice of them. With my job done, I called Sharaun on the way home and decided to try and parlay my personal conquest into a real one, “It was kinda lonely in there,” I began. “I don’t feel like going back to work, I’m gonna come home first.” Lo and behold, it worked… and, as I’d hoped, some real lovin’ helped offset the odd clinical lovin’ feeling. But I digress…

More than a week later Sharaun heard from her doctor: My junk is 100%, nothing wrong. Virtual high-fives to all the dudes rooting for me as they read along; my crank works.

We’re both a little relieved, I think… but honestly this is what I’d expected to hear. “You’re both fine, keep trying.” And, whatever… that’s actually fine by me. We will keep trying, and we’ll keep praying and hoping and whatever else. When it happens, it happens. Wish us luck.