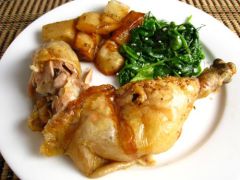 Tuesday and, after a hard-fought Monday at work spent trying to catch up from the two days missed last week, I plan to put in another blitz for 5pm (or 6pm… or 6:30pm… or 7pm).

I’ve mentioned before on the ol’ bloggy-blog-blog about my wife’s luck when it comes to radio call-in contests.  Over the years, she’s managed to win just about whatever she sets her mind on winning (and not just as a stay-at-home mom either, her streak extends well back to her pre-Keaton working days).

At various times she’s won an Xbox, an iPod, shopping sprees, and too many concert tickets to list.  I’ve also mentioned before her predilection (deviance?) for “teenie bopper” music.  Mmmm, yes… that’s right.  Despite her clear advancement into her thirties, she’s remained a staunch Top 40 listener, and holds in high regard some of the more “bubblegum” manufactured pop artists of the current week.  It’s OK, I’ve come to terms with this… sorta.

I’ll assume you’ve read the two linked blogs above, and just start with my homecoming from work today: It’s 6:45pm and I walk through the door.

“I don’t have much time,” Sharaun says, “I’m sorry.  You’re dinner is on the table and there’s a salad made for you in the fridge.”  Now, I’m pretty frazzled from a busy day, but I’m also as hungry as a post-hibernation bear and decide a waiting dinner is pretty nice for having just crossed the threshold.  I give her a quick kiss and “hello” and sit down to eat.

A few bites in, I turn to her, she’s now sitting at the computer.  “What are you doing, anyway?,” I ask around bites of homemade flatbread pizza (she can make it where it’s so low calorie I almost burn it off entirely just chewing and digesting). “I’m waiting to buy New Kids on the Block 5-star tickets,” she replies.  I sigh silently to myself.  No, I don’t “condone” the spending of hundreds of dollars on the New Kids on the Block, but then again, my “non-condoning” means little when I deliver it with a “but go ahead and do it if your conscience can stand it” smile.  Anyway, God knows what I’ve wasted hundreds of dollars on in the past…

But really, as an aside, these guys have to fade back into obscurity soon… I can’t continue to finance their reunion; it has to end.  I swear, the day they re-break-up I’ll celebrate our savings as fervently as Sharaun did they day they reunited.  Hurry up guys, the nostalgia can only last as long as us husbands feel charitable.

As she sits there, frantically putting in her credit card info after clicking what I can only assume was a button marked: Buy Insanely Overpriced Tickets Now!, she’s also got the radio on in the living room.  See, not only do the New Kids tickets go on sale at 7pm, the radio is giving away tickets to the Britney Spears show this weekend.  In fact, the radio has been giving away tickets to the Britney Spears show several times a day for the past couple days, and Sharaun’s been trying to win them now for about two days.

The contest goes like this: The radio plays itty-bitty snippets of Britney Spears songs all munged together, in some seamless mess of song pieces, and then gives away tickets to caller 107 provided they can name all the tunes correctly.  Earlier last week she asked me to show her how to record things on her iPhone, so she could capture the song snippets for later analysis.  Yes, I showed her.  Then, as the days wore on and she didn’t win, the radio amped up the contest by reversing some of the songs in the mangled mashup.  When this happened, Sharaun asked me if there was any “nerd” way to figure out what the backwards songs are. (Not sure why she came to me for the nerd-consult, actually.)

Since I have some experience with things-backward, I replied in the affirmative: “Sure, I can reverse the recording for you.”  And so she mailed me an AIFF file at work, I flipped the audio and mailed it back, and she set about decoding.  Around 3pm she IM’d me to exclaim she was 99% sure she’d figured out the tracks.  Understandably, I shared her elation and dropped all my important work-related business to jump up and down in my cube and shriek with her over the phone for a bit (this is sarcasm, for those wondering).  Sigh… I work in a cube while my wife deciphers Britney Spears songs to win radio contests…

Anyway, it’s 7pm and the radio says it’s time to win Britney tickets.  I hear the quick garble of drum-machine thick songs come from the living room, and ask Sharaun, who is quite preoccupied with buying her New Kids tickets, if I should call for her.  Of course I should.  Except, I’m not really into it… I’m eating my flatbread pizza and trying to get Keaton to eat her dinner and just overall not caring.  About ten calls into it I realize I’ve fat-fingered the number she told me and I’ve been calling the wrong place.  Frustrated, and noting she’s now apparently done celebrating her New Kids cash-flush, I hand her her phone.  She asks for mine as well, and she sets about dialing the station in turns from each.

And yes, you know she won.  She always wins.

I just thought it was a fun story, and I had the audio to make it all media-rich.  Deal with it.

7 Replies to “sharaun can win anything”