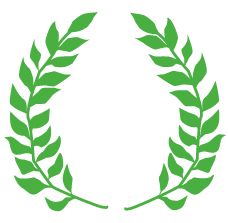 Happy New Year’s Eve internet.  Hope you all have fun and safe plans for this evening.

And, with a scant few hours to spare in the year – I’m finally ready to post my self-important “best of 2008” list (for music, y’know).  I’m not really prepared to do much exposition here, the text of the reviews themselves took up enough time and effort.

So, without further ado – here are my picks for the best records released this year.  Enjoy:

So here we are back at this grimy bar, drinking cold domestic beer and buying cigarettes from the machine in the hallway near the pisser. Some guy I wouldn’t normally even talk to pulled up the stool next to me and, by the virtue of sharing the same bar and brew, we’re talking like we’re best friends (when, in reality, neither of us would likely ever choose, of our own accord, to socialize). Before long, we engage in that classic of male bar histrionics: the “crazy stuff I did when I was young” game of one-upmanship. True, half-true, and completely fabricated slurred and exaggerated tales of sex, drugs, and rock and roll flow from our loosened tongues. Now, imagine that’s an album – done. [List to the Hold Steady @ last.fm]

I guess as the year moved on, I kinda forgot how much I liked this Cloud Cult album.  To be fair, it’s your pretty standard “indie rock” stuff… and maybe that’s why I almost consider it a guilty pleasure.  I’ll not be surprised to not see it on any other toplists this year, I wouldn’t expect it to bow much of anywhere.  But, for me, this was an enjoyable piece of the earlier bits of 2008.  I dunno, check it out if you want… it’s fairly rad if you just take it a face-value. [Listen to Cloud Cult @ last.fm]

Another of the very few 2nd-half 2008 records to break into the list.  Almost every year I have one of these fuzzy, pysch-dripping 60s-nods on the list.  This one’s a bit different, as Deerhunter is most definitely doing new things… and not simply trying to make a 60s record in the 2000s.  But, the reference is still valid (says me).  The tracks here are plentiful and fit to sing or hum along to, and if you’re anything of a fan of music – modern or not – you owe it to yourself to at least check this record out. [Listen to Deerhunter @ last.fm]

OK, so this Wolf Parade album is one of those things that, when I heard it, I knew it was good… but something stopped me from fully appreciating it.  And, when I saw it shortlisted in my draft entry for the best of 2008, I actually had to go back and give it a few listens just to remember what spurred me to posit it for a spot.  Turns out, the appreciation must’ve been on the late bus… and showed up then.  Anyway, this is a fantastic record, and well worth your time (trying to make up for the lacklustre urging above). [Listen to Wolf Parade @ last.fm]

Something about the Vampire Weekend record feels “special;” like the guys hit on a “new” sound.  Some mix of Ivy League rock for the be-turtlenecked brownstone dwellers and a deeper sense of African rhythm ala Paul Simon’s trip to Graceland.  No, really, I’m being serious – that’s what this record is all about.  A 2008 soundtrack for cigarette-smoking rich college bad-boys to listen to during games of euchre on weekends in the Hamptons… but a completely awesome one at that.  Get it; rock out; get it. [Listen to Vampire Weekend @ last.fm]

OK, so I hated TV on the Radio for years… never heard what the critics heard; never “got” them.  Then they released this record and, lo and behold, it was good.  Really good, actually.  Like… #5 on my list good.  What will you hear here?  How about: Horns the punch and jump you along; rolling didgeridoo basslines to help you bounce; and thoughtful lyrics delivered with passion and plenty of maybe-misplaced (on such a “thick” sounding record) harmonies and singalong backing.  Honestly, this is one heck of an album. [Listen to TV On the Radio @ last.fm]

I just love Nick “Diamond’s” voice… it’s that classic “indie” thing that people who hate the “indie” think will always be able to point to as what sucks most about “indie” music.  Warbly, high-pitched, strong and clear and too-confident for the vocal ability of its owner, etc.  The songs are funny and the beats are just stupid enough to pass the “is this a joke?” test and fall squarely into the “is this awesome?” category.  The answer, of course, is “yes;” this is awesome.  So go get it. [Listen to the Islands @ last.fm]

3. Jason Collett – Here’s To Being Here

Rounding out the top three of my 2008 is a singer/songwriter effort which could’ve come out of the late 60s or early 70s if you adjust the production values to fit the era.  The music, modern production aside, is fairly timeless storytelling rock and roll, the kind that makes you want to swing your hammock back and forth to the Dylan-esque rhythms – just be careful not to spill your beer.  Yeah, this one’s great. [Listen to Jason Collett @ last.fm]

Man, it took me a while to like this record.  I mean… it’s such a busy mess.  Fragments of song strung together without end, like a large mashup of concepts rather than the usual three minute chunked-out album thing.  And, although I’d fallen firmly in love with the whole ADD thing by the time this past November’s show rolled into town, seeing Kevin and crew do this material live really helped solidify how good the thing is. [Listen to Of Montreal @ last.fm]

I guess nothing in the latter half of this year could beat the Cut Copy album.  It’s just too feel-good.  My midyear review pegged why I like this record so much, so you might want to go there to read the reasoning – but, boiled down, it ends up at “fun.”  The beats and melodies all make you feel good, and it stands up to repeat listening quite well.  You could play this record at your next hipster dance party, or just by yourself in the car on the way to that new indian casino that opened up down the highway – it’s that versatile. [Listen to Cut Copy @ last.fm]