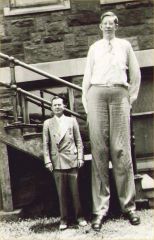 Internet.  It’s nearly the last day of this here year.  I let these trailing days sneak up on me…

Still haven’t managed to take down the Christmas tree, although I did get the lights off the house before the rain came this week.  Not all the gifts are properly stowed away either.  Still work to do.

Speaking of work to do…

I almost had an honest miss of 2009 with this entry.  It’s just that I usually do the year-end music list thing earlier in December, but I didn’t this year.  In fact, I forgot all about it until I today.  I was sitting at work, listening to one of the albums shown below and thinking about how much it’s grown on me in the past month or so… to the point where I’d probably rank it among the 2009 efforts I enjoyed most, and that’s when it hit me: I’d not done my list.  Spent some time today to rectify that, and here is the fruit thereof.

And now, the real-deal.  I tried to go back and write some fresh content on the portion of these records I’ve already given accolades in my halfway post, but a careful comparison would reveal at least a little blatant plagiarism betwixt the twain (hard to come up with original thoughts on the same content twice, y’know).  Even still, enjoy.

10. The Most Serene Republic – … and the Ever Expanding Universe

While not as immediately unstoppable as some of the MSR’s previous efforts (which have all, unfailingly, ranked here on previous blog toplists) – the Canuck collective’s latest release is nothing to turn away from. Still layered and dense and thickly sung by many voices, it still seems a tad bit dialed back from the all-out cacophony of their earlier stuff, and might benefit from being a little less unapproachable this time around because of it. For me, it may be that this band continues to do no wrong… but I liked this album from the first time I heard the first few seconds of the first song. Good stuff here folks; good, exciting stuff.

Of all the records on this 2009 list, I got the least amount of time with this one. Released in October, and only really seriously appreciated by me beginning in December, it’s a squeaker. But, even with the limited exposure I knew it had to bow here. I think the last Lips album I really dug was 1999’s The Soft Bulletin. Oh sure, Yoshimi was listenable but wasn’t anything I flipped over. Then again, the band has always been hit or miss for me – maybe because they seem to approach each record as a new experiment in what they can sound like. Sometimes I like the results, sometimes not. Well, ten years have passed since Bulletin and, on this album, they have an entirely different sound. It’s a consistent new sound though: fuzzed-out bass punched-out by distorted rhythm and wandering bells, picked accents, and the familiar Flaming Lips “trippy” vocals and various random-sound accoutrement. Might be the closest we’ll get to a modern-day reincarnation of Pink Floyd, if that makes you want to hear it.

At the halfway mark I called this album “opium party music.”  I stand by that classification. Made for lounging around on satin pillows letting lethargy drive an academic listening. It’s no secret that “Two Weeks” buoys the record from a broad-appeal perspective, or that the rest of the tracks dazzle more through subtlety than fireworks – but there’s a wall-to-wall beauty of perfectionist production here that demands intent listening throughout; even after things seem to “slow down” off the high that is “Two Weeks.” And yes, I’ll admit that I just plain don’t like “Dory” at all… but that’s no reason to shun this sparkly, sometimes slow, quiet beast. With each perfectly placed strum or beat or whisper, it proves it deserves the spot.

Oh Wild Beasts, how far you’ve fallen.  Mid-year, you were #2… and here you are finishing at #7.  What happened?  Now look… this album is still super-fantastic.  It’s still seductive, slippery, effeminate, growling, dirty, teasing, young, and dripping with aural sex. It still has the same plucky harmonics, sparse woodblock percussion, and should-be-offputting-but’s-instead-entrancing female/male range of the lead singer.  It’s even still got one of the best lyrics of the year in, “This is a booty call; my boot, my boot, my boot, my boot up your asshole.”  So what changed?

Back then, I’d just then discovered the record and I was simply enamored.  As the year wore on I realized that it was merely #7 good, and that other bigger and badder records more rightly deserved the #2 spot.  But hey, a spot in the top ten ain’t nothing to cry about.

I don’t know why, but I didn’t like this album immediately. On first listen, I was disappointed that it wasn’t such an instant pleasure they way all previous Islands/Unicorns records had been to my ears. Maybe this is because I read a review online that called it “safe” compared to their last effort (which also charted on last year’s personal “best of”); perhaps I let that influence me too much. But then Ben commented offhandedly that he was really digging it, and I gave it another go. Lo and behold, on repeat listens, my fondness for the sometimes slower, more plodding and deliberate Islands sound grew and grew. So yeah, maybe less wild or spontaneous in some ways, but let’s think of the new-found structure and brevity as “development,” OK? If you try this record, I’m convinced that you, too, will end up digging the plucky keyboards, marching synth percussion, and, as always, the instantly recognizable vocal styling.

5. The Decemberists – The Hazards of Love

What can I say about this record that won’t make you automatically write it off as just some pretentious concept album? Oh, that’s right: nothing. That’s because this, moreso than any loosely cohesive so-called “concept” record of the last few years, is indeed a supremely pretentious album-length story-arc. A shamelessly complex tale starring a multi-character cast built on the foundation of Meloy’s trademark wordy, arcane songwriting. Through a hefty dose of “thou” and “wilt” and “irascible,” you’re treated to a classic tragedy involving a maiden, a shape-shifting animal-man, a wicked forest queen, and… uh… yeah…

And, as much as that whole mess above might turn you off (and believe me, Sharaun could barely bring herself to listen to this thing after I’d ranted and raved about the story and concept), the music on here is just piss-pants brilliant. Thematically tight, brilliantly instrumented, and entertaining throughout, you’ll want to hear the album if only to dismiss it as trying-too-hard smarmy art-rock.

4. Edward Sharpe & the Magnetic Zeros – Up From Below

I’m trying to recall where I heard about this record, but can’t. I do remember that I downloaded it simply because I liked the name of the band… sounded intriguing. Turns out the music sounds like the kind of stuff a bunch of proto-hippies might make if they decided to up and leave LA, move into a bus in the desert, and make music as a collaborative sort of commune-thing. Sounds like that because that’s exactly what it is. And while there’s no one named Edward Sharpe in the band, you might recognize the lead singer’s voice from his previous work in Ima Robot. Bottom line though, this is great 60s-ish roots-rock with doses of psychedelia. Worked great in Mexico in sunny warm weather, and would be a fantastic driving album. It’ll remind you of other things at times: Arcade Fire for the modernists, maybe Jefferson Airplane or even early Bowie for the classicists. See, something for everyone.

Back at mid-year I had bone to pick with the “breaker-upper” that is “Love Like a Sunset.”  Since then, though, I’ve actually learned to appreciate the turned-down track as a sort of “naptime” in between the unrelenting saccharine of this record. Phoenix has ranked for me in previous years, and back then I wrote about them that, “Every summer deserves a summery album. Like a sweet, dripping ice-cream cone, It’s Never Been Like That plops perfect little circles of melted goodness all over your favorite Hawaiian shirt.” And, aside from that being a pretty decent descriptive sentence, the underlying statement works for Wolfgang… too.

I want to bring this album back in time with me when they invent the machine; use it as the soundtrack to the saccharine over-emotion of a tweenage bout of puppy-love. The smiley songs could bounce along like a mirror image of my infatuation-fueled heartbeat as we held hand for the first time. Does that make you want to hear it? It should.

Mid-year to year-end and Mew jumps four spots to take the silver medal.  Quite a move.  It’s a well warranted uptick for this record, however.  As the year went by, I realized more and more what a frontrunner it was.  I’d find myself going back, back, back… over and over again to delight in the wash of keyboards and guitars and that oh-so-indie falsetto.  But what are you, reader, going to hear if you go snag this album?  I’ve heard the style of music called “space pop,” but I have no idea what that means.  To me this is something like “modern prog.”  The stuttering tempo of the peppier tracks recalls classic Yes, ELP, and King Crimson, while the dreamier slower stuff sometimes reminds me of the downtempo full-chorus stuff turned out by Canadian mutli-player collectives like Broken Social Scene or Most Serene Republic.  But maybe that’s just me.

Oh, and, after writing my own reviews of these albums, I always go to some “respected” music site to read and compare  my thoughts with their formal review.  I was quite happy this time around to see Pitchfork name-check King Crimson in their someone-got-paid-to-write-it review.  I promise I didn’t cheat.

What more can I say about this album?

People have written about it to death this year.  So have I.  If you’re not an Animal Collective person, you’ll likely never share my appreciation for it.  Sometimes I even wonder to myself, “Heck… am I really an ‘Animal Collective person,’ or am I just caught up in the internet lovefest for this band?”  But, be it true love or crowd-influenced love, it’s most certainly love.  More than any other effort from 2009 I find myself coming back to this one again and again and again.

I understand you might think it’s not “music.”  It’s too experimental; too repetitive.; too dense.  Yeah it’s all that, it really is.  It’s out of my comfort zone too.  So really, I don’t know what happened with me and this album.  Perhaps it is some sort of mass hypnosis, but it was fully seeded and completely germinated in my brain if so.

I’m not even going to talk about the music.  It’s been done enough.  Hands-down, though, this is it.  #1 for 2009 beyond a shadow of a doubt.  I drank the Kool Aid; you should think about it.

And that’s it folks.  If you haven’t heard any of these records and want to, go buy them.  I recommend using Amazon’s MP3 store over iTunes, as you get DRM-free downloads you can take with you and load onto any device in the years to come.  Or, head on over to your favorite pirate downloading spot if you feel like risking prison rape.

Hope you’re setup proper for 2010.  We’re as ready as we can be.  Ten years married and a second youngling on the way and we’re pointed heavenward as much as possible from this cluttered Earth.