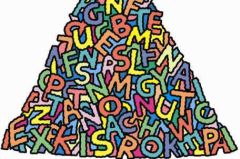 Here I am on Wednesday night suffering miserably from what I’m positive is a sinus infection, something that’s been killing me now for about four days – and that is finally dragging me stubbornly to the doctor tomorrow.  Enough is enough, I tell this foreign species trying to make me its host.

My two days across the state were long, sniffly, and uncomfortable because of this stupid sickness.  As I sat in line waiting to board the company jet bound homeward, sniffling and hacking and blowing my nose, the guy next to me pulled a bottle of that Airborne snakeoil from his bag and popped one.  I couldn’t blame him…

Where I work I’m surrounded by smart people.  I interact daily with people who have gobs more brainpower than I do, so intelligence is something I feel like I’ve come to take a bit for granted.  Because of this, when I meet someone who stands out above the normal din of firing synapses I encounter daily, it’s something I take note of.  Over the past couple days, I met a guy like that.  Not an engineer, but a finance guy.  Talked miles above me, talked about things that made no sense to me, “betas to the market,” and “the earnings ratios of S&P500 companies,” and how the treasury and federal reserve and interest rates and securities work.  It’s like the guy stepped right out of a Bohemian Club weekend for a few days to rub elbows with the serfs.

I like meeting people like that.  It’s humbling.  And, while this guy likely wasn’t trying to, he had me walking the tightrope at the edge of my conversancy.  I was hanging on by my fingernails, jumping in when I thought I could make a comment that wouldn’t immediately illuminate my comparative ignorance.  The beers and lobster helped; I can talk about beer and lobster.  I can wax about the Dow dropping forty points over the course of my waffle at breakfast.  I can tell you how many takes it took the Beatles to record “Hey Jude,” and from which of those recordings the version you know from the radio was assembled.  I can tell you my best-known-method for calming down a seemingly inconsolable two and a half year old girl who wants to play “for a couple more minutes” before taking her nap.

I guess everybody is different kinds of smart.

2 Replies to “everybody is different kinds of smart”