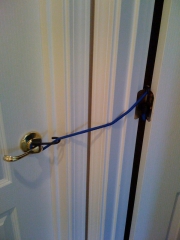 Monday morning and, if I were the lying type, I’d tell you that I’m writing this after midnight Sunday… having just returned from our successful epic six-day JMT hike.

But, y’allz, I’m an honest Joe, so I’ll fess up: Early evening on Thursday we reached our third campsite after a long, but surprisingly bearable, sixteen mile trek and decided (in a groupthink snowball of unanimous rationalization) that we all felt accomplished enough with our ~40mi three-day adventure, and would rather be in a hotel eating a meatlover’s pizza and sipping some cold suds than bedding down again on the ground in our filthy clothes to wake with the sun and do it all again for three more days.  So that’s just what we did.  And, by late Friday afternoon we were in our respective homes, taking our respective showers, kissing our respective significant others, and easing into clean duds.

Didn’t bother me much to end early, and now that the trail has beaten us twice I think we’re officially done with it.  My pride is somewhat salved knowing we put in some good effort, and I’ve seen about ~70mi of the thing… so I count that as a neat experience.  Good enough for me, I suppose.  Oh, and I did blog while out there in the wilderness.  I saved the entries on the iPhone and upped them sometime this past weekend.  Scroll down to check them out if you’re interested.

Switching gear now, moving onto the normal stuff: I want to talk about Keaton for a moment.

Lately, she’s been protesting naps and bedtime more and more.  Saturday, for instance, she refused to go down for either – repeatedly getting out of bed, opening her door, and leaving her room. After several frustrating rounds of this back-and-forth game, I decided we need a way to “keep” her in her room (the bedrooms in the house don’t have locks on them).  So, call me a bad parent or whatever you’d like, but I improvised a door-locking mechanism out of a bungee cord and the nearby hinge of another door.  We used this “lock” with success Saturday night around 1am when Keaton just refused to say in her room/bed.  I secured her door and got back into bed with Sharaun.  And, after about ten or fifteen minutes of tearful protest she finally accepted her lot, crawled back into bed, and drifted off to sleep. Yeah, I feel kinda bad for having to “lock” her in there… but it’s what’s working for now.

Well folks, it’s creeping up on midnight and I better hit the sack and send this thing to the presses.  Love you and hope I didn’t lose you last week while the blog languished during the hike.  Talk to you soon; same place, same time.