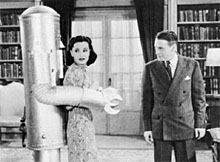 Thursday, my head hurts. There’s some big fire somewhere out there in the part of the world within wind-reach of me, and it’s blanketed the lands as far as I can see with smoke. The smoke bothers me, even though I was only out in it briefly as I shuffled to work, lunch, and the like. Full of stuff today, and it’s a Friday so I’m super happy for the weekend. Let’s do this.

Sharaun always makes fun of me because when I’m around people with foreign accents, I tend to subconsciously appropriate their accents in my own speech. I always feel somewhat disgusted when she calls me out on it, since it seems to me to be some sort of “pandering.” In reality, I think I may have developed this ridiculous tactic as a part of my larger “making people comfortable” approach to gaining confidence. I’ve long been able to observe and simulate or respond to body language in order to give someone an unspoken message that we’re on the same page. I also consider myself pretty good at pegging a person’s personality and likes/dislikes quickly enough upon initial meeting so I can be sure to subtlety work within the confines of their comfort. I’ve never been a used car salesman, but I bet if I went on a reality TV show where it was my task to study under the tutelage of one of the best some of the first lessons he’d teach would involve honing techniques much like the ones I’ve already described. Small, seemingly insignificant verbal and non-verbal actions which serve to make a person comfortable, to ease their natural defenses and give them the impression that you’re a good guy – all based on reflecting little bits of themselves back to them. Because, after all, who’s everyones most trusted person? Themselves of course. The more you’re like someone, the more they relate to you.

So, now that I’ve admitted I use manipulative techniques to win friends and influence people, let’s get back to the point of this paragraph: my fake accents. I don’t know why I do it, and I usually don’t even realize when I’m doing it. It can range from a subtle Latino-tinge to full-on broken English approximations of my good buddies from Taiwan. So, if you ever hear me do this – call me out. Help me break this embarrassing habit. Thanks.

Even though I sit at a computer and type most of the day for a living, I still come home and type some more for pleasure. Usually though, I don’t like sitting at “the” computer, you know – the one in the back room with a big ol’ desk and CRT monitor and comfy office-type chair. No, no, that’s too much like my work environment. Kicking it with a laptop on the couch though, for some reason that’s different. Dunno why, but it is.

Went through the mail tonight, pretty much a bi-weekly (if that’s the incorrect term for “once every two weeks,” I’m sorry, I have a hard time deciding if it means that or twice per week) thing now. The “snail mail” is of almost zero value to me these days, it’s 90% advertisements and wasted paper and the actual “need” for it has been almost entirely eclipsed by e-mail and the internet. Who the heck needs paper these days anyway, I tell all my bills that will allow it to “stop sending paper statements” and go all-online. I don’t keep a check register, just check in online every few days to make sure things look right. It’s the new generation folks, better hip up.

Well, looks like the lid is juuust about blown off the whole Lonelygirl15 thing, all signs are currently pointing to it being a new form of Blair Witch derivative viral marketing – with most lines of thinking pointing to it being an advert for a Halloween-timed horror movie (perhaps even a mockumentary). With the whole registered trademark and cyber-sluething IPs to Beverly Hills talent agencies (not to mention a potential admission from “the creators”), it seems inevitable we’ll get the entire story here soon. Hey, it was fun while it lasted, and almost carried me through to the new season of Lost where I can once again assume my role as armchair detective. At least now I’ll quite writing about it, and spare you that small thing. (And damn, BoingBoing scooped me and once again made it look like I wrote this in response… I gotta start considering real-time posting if I wanna be hot on the shit.)

On the politics tip, I had a hearty guffaw reading this story over at the America Weakly website. America Weakly is a “satirical newspaper designed to give voters a glimpse into the future if Democrats take control of Congress this fall. Set in September of 2007, the newspaper reflects the condition of the America one year after a Democrat takeover of Congress.” In the story titled partly “Dems Celebrate End of Bush Security Measures,” the GOP Onion wannabe invents a hilarious fictitious statement from a House Democratic leader about the current administration’s NSA “wiretapping” goings-on:

“This program was a clear violation of due process,” House Judiciary Committee Chairman John Conyers said. “I don’t care how many attacks it might have stopped. Even if there really are sleeper cells in this country, we have a careful and deliberate process to stop them. Yes, it might take a bit longer, and we might not get every single bit of information, but that’s a small price to pay.”

Get more funny-’cause-it’s-freaky-not-because-it’s-funny Democratic-House endtimes GOP paranoia over at America Weakly. And, for some we-swear-it’s-not-pandering donkey goodness, head over to FaithfulDemocrats.com and count yourself shocked to see that it’s (purportedly) possible to hate guns and still love Jesus.

3 Replies to “full of stuff today”