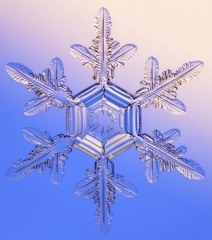 Yeah, so I did.  Let me have it; it was a busy time at work and our evenings were filled most every night.  I’m gonna say that this week’ll be better, but it’s hard to make promises when things are busy.  I’m actually home alone right now, it’s around 10am on Sunday.  Sharaun and I drove separately to church, as I had to come home early to meet someone.  The weekend was good, if a little flaky on our part: Friday was a low-key evening with friends; we had two separate fêtes Saturday that we were supposed to attend, but ended up only making it to one; and today (Sunday) we were supposed to do lunch with friends… but…

When we got back from church Sunday Sharaun ended up having to call and cancel our lunch date with friends at the last minute because she mismanaged her time and was under too much pressure to get things done for a moms’ group steering team meeting this afternoon (she’s the coordinator).  So, now I’m sitting here feeling like an absolute heel for my complicity in flaking; half embarrassed and ashamed, and half angry at her for putting me in this position.  It’s a crappy situation, you know, feeling like a jerk because she overcommitted.  (And I say that knowing full well some of you are thinking about pots and kettles calling each other names.)

Back in college, I can remember Sharaun staying up all night, alternating between fits of nailbiting crunchtime-efficiency and fits of frustrated tears over her own procrastination.  I don’t think one major project or curriculum-deliverable went by where waiting until the last minute and working in a fevered panic wasn’t her modus operandi.  Even to this day, she still works that way – hunched in front of the monitor into the wee hours on the eve of her moms’ group events.  What’s worse is, when she gets in that panicked last-minute rush, I become a convenient outlet for frustrations.  Suddenly, I’m not helping enough with this or that, or could’ve done something to ease her to-the-wire trials.  I’ve learned to stay clear, let her work, and try and be as helpful as possible.  I figure, if it helps me stay married, I guess it’s just something I have to learn to do.

Seriously though, I don’t mean to dispariage the work she does, I think it’s great – it’s just days like today when I get to look like a shining ass that irk me.  For someone as unorganized as she is, possessing little to nothing of the rigors of planning, she garners tons of accolades for the work she does.  I suppose maybe I just don’t understand.  My Vulcanesque brain may just be too logical to understand the thought processes of the fairer sex, perhaps.  I do love her to death, though; all the little bits too: every sock or pair of jeans on the living room floor, every open jar of peanut butter on the counter, every cabinet left open, every light left on, and every spare set of keys Home Depot charges me for.

Sharaun got on to me the other day because the camera’s memory card is full.  Used to be, I’d empty that thing once a week and post pictures online.  As you’ve no doubt noticed, I fallen off that wagon a bit.  If you wanted to stick to a theme here, you could say I’ve flaked on that part of my online responsibility too, I suppose.  Really, though, it was about time I cleared that thing off and went through images to get a new batch into the galleries.  So, that’s just what I did.  And, surprisingly, the whole of both June and July (which even included a trip to Florida and my parents’ Fourth of July visit) generated a measly twenty-three “decent” images.  Maybe we’ll get more now that I emptied the camera.  For now though, you get what I got – so go check out the new additions here.

And, that’s all folks.  Goodnight.