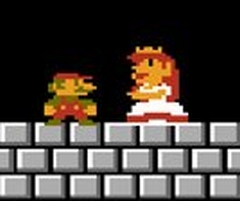 Look; either I’m getting older, more irrelevant, more intolerant… unable to cotton to the “new sounds,” or there just wasn’t a whole lot to froth at the mouth about in the first half of 2011.

I was disappointed with Radiohead’s effort; first-time since well… since never.  It was a trial admitting that and leaving it off the list; felt like betrayal.  Much of the year’s hotly-anticipated or raved-up albums just didn’t work for me – Panda Bear, James Blake, The Weeknd; no thanks..  Even old stalwarts fell short, I’m looking at you Decemberists and Strokes.  It was just an off half, I guess.

Honestly, and I’m not making this up it’s backed with hard data from Last.fm, my most-listened-to record in the first six months of 2011 was Sufjan Stevens’ 2010 LP Age of Adz.  I don’t do that a lot, cling to a record for that long.  It’s a fabulous album, to be sure, but something in 2011 should’ve been able to unseat it from heavy rotation.  To be fair, the music below is really good too – but January through June just didn’t speak to me the way it has in past years.  I’d recommend all the stuff that follows for your listening pleasure, and let’s hope together that something spectacular comes from the back nine.

So then, to get on with it for those still with it… here’s my best-of so-far list for 2011.  Only a scant six records to speak of, but I think it’s a pretty decent crop of tunes in the end.  Check it:

06. Mogwai- Hardcore Will Never Die, But You Will [listen]

Back around the year 2001 I “discovered” Mogwai.  At the time I simply could not get enough of their sound.  I liked them so much, in fact, that Sharaun surprised me with tickets to go see them live in the city around that time.  It was a Valentine’s Day gift, and she accompanied me.  It was an awful show, I recall.  Mogwai were too loud during their awesome loud parts and not loud enough during their well-crafted quiet parts.  As the years wore on Mogwai continued to make albums, and I continued listening to them, but with waning interest.  Maybe I was over “post rock,” maybe they just weren’t that good, maybe both. I don’t know if this is just Mogwai doing right again, or me meeting the album in the right mood… but if you like the soft/heavy-loud/quiet kind of thing and are into instrumentals this is for you.

And some of the records I do like this year sound like Dinosaur Jr. or Pavement or Archers of Loaf.  Yuck is from England, but these guys would be right at home with Mascis and Barlow in some seedy Chapel Hill bar. I kept bouncing this album higher in my list and then bubbling it back down, but that might be because of the six here it’s my most recent acquisition and I’m just not ready to have this new guy bump some of the more established stuff I’ve been digging so far this year.  I could see that changing though, as time goes on and I look back in December.  Yuck’s record is for you if you were a skater in middle school; you maybe snuck out late one night with a can of green spraypaint and tagged Mrs. Canty’s, the math teacher, van.  You listened to Green Mind and daydreamed about making out with chicks or maybe buying some firecrackers or maybe getting a rush from stealing Now & Laters from the Sunoco.  Some people call this “post-punk” or other such dumb taxonomy.  You’re gonna call it awesome and I’m maybe gonna call it “with a bullet” here on the old best-of.  Watch out top-four… watch out.

Cut Copy is one of those bands where, sometimes when I listen to them, really listen to them, I’m surprised I like them as much as I do.  I’m sure, in a previous review, I’ve made the Utah Saints comparison – and perhaps even gone back to access the memory databank and pull up the good time associated with similar sounds of yore, but Zonoscope is more than just an homage or Shanghai-Gucci.  Generally poppy and beats-based, but with plenty of quirky arpeggio and oooh-kinda harmony, it’s just a fun album.  We listened to this a lot on the RV trip because it was something Sharaun didn’t detest (which says something in its own right).  Maybe the best compliment I can pay here is that the album makes me want to dance, and I detest dancing.  Get it and shake your body in time.

03. The Pains of Being Pure At Heart – Belong [listen]

Some of the records I do like this year sound like the Smashing Pumpkins or MBV.  Hey, maybe I was right in my exposition… I’m “stuck,” I can’t hear new sounds.  I like stuff that sounds like stuff I like.  Records that sounds like Siamese Dream or Daydream Nation.  No, that can’t be right.  I drank the Animal Collective Kool-Aid, admitted my penchant for Kanye… I have to be hip, must be with-it, right?  Well, whether I’m faking it or not, I liked this record immensely.  Yes, it does, at times, sound like the Smashing Pumpkins with Debbie Goode pedals – but, seriously, what’s wrong with that?  Maybe I’m becoming myopic in my old age, but I still know a good record and I urge you to seek this one out.  What?  You want to know a little about it?  OK: It sounds commercial, it’s well-produced, your roommate who loved “that one Killers CD” will probably like it.

I so loved the Fleet Foxes’ first album, and I was a little surprised when I didn’t immediately cotton to Helplessness Blues.  It took a few listens, quiet listens in solitude where I could really sink into the thing, to catch-on here.  It’s one of those paradoxical albums – so seemingly sparse and reserved in instrumentation yet coming off so very lush and sonic-ally “full.”  (Is that a word, “sonic-ally?”)  There’s this rollicking kind of breakdown that gets repeated in “Bedouin Dress,” like something you might hear sung on a ship… and it’s these little bits and pieces that make the Fleet Foxes’ music almost an anachronism, crafted with eyes on the simple folks of the past.  With strings and banjo and simply gorgeous moments like the sea-change transition in “The Plains/Bitter Dancer.”   I wore the grooves off this thing.

I love it when bands “come out of nowhere.”  Of course they had a record before this and I’ve still never heard it.  Finding a band I’ve never heard of and being super-impressed with their album is like hunting treasure.  And Dye It Blonde is a treasure.  Ever heard of the “C86 sound?”  Well, honestly neither had I until I wanted to make a reference to Smith Westerns’ sometimes likeness to the Teenage Fanclub for this paragraph.  Wikipedia says the C86 sound is typified by “guitar-based musical genre characterised by ‘jangly’ guitars and fey melodies.”  I don’t know about “fey,” but there is some good jangling going on here, and I hear shades of Teenage Fanclub’s “The Concept” all over.  What are you going to hear?, you ask?  Beatles sounding melody!  Guitar!  Drums!  Sorta-feminine vocals!  Catchy hooks and happy rhythms.   I love this album too, and I bet you might.  Really, go into my head and then come back out and tell me I’m wrong.

You know what’s funny?  After writing all that I think I may have been wrong up above… there was some good stuff around to listen to this year.  Maybe I’m just not consuming as much anymore.  I’ll admit I listened to a lot of “new” old stuff, going on benders with new boxsets and live shows and reissues of purportedly great music I’d not yet digested.  Maybe this tomb-raiding took away a portion of the bandwidth I’d have devoted to pawing through the new release bins (the digital kind, that is).

Take a listen for me, OK?  Goodnight.