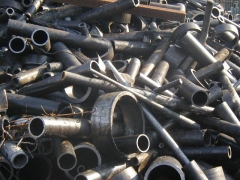 It’s Monday though, and it was an uncharacteristically Fallish day for California.  Just when it should be one-hundred degrees plus it cools down and even gets chilly at night.  I loved it, although when I woke up and felt the lingering chill of night it made me feel like I’m behind on designing this year’s Halloween props.  Well, more accurately fixing all the props that broke two years ago… which was a couple of the major ones.  I guess the cooler weather makes my brain think Fall, and Fall means it’s time to get working on Halloween.

Each year I build one new prop, and I usually allow myself one “large” purchase along with it.  One year it was a massive fog machine, the kind clubs use.  One year I bought a nice drill to aide in construction, another year a jigsaw.  One year a twenty gallon air compressor.   This year, I’m not sure.  I know I need to rebuild the flying crank ghost, because she literally wound herself to death last year, and I need to make some adjustments to the ceiling dropper too (which, despite never getting a full teaser video, actually came out pretty well in the end).  So, I think I’m gonna start working on those soon.  The crank ghost rebuild could take time, depending on whether or not I choose to do an “industrial strength” one or go with the cheapie I built last time (which looked great, but ultimately only lasted four seasons).  I’m thinking this time I do it right with angle-iron and a heavier-duty motor.

Thinking about it, I don’t think the changes to this year’s props will actually demand that much time… maybe a couple weeks to get things right.  The most difficult part will be fixing the ceiling dropper’s triggering mechanism and audio synchronization issues.  If I figure I can do that with relative ease, then I may actually have enough time to engineer a totally new item.  And, I’ve had an idea in my head now for over a year that I’d love to make happen: A glowing half-corpse/ghost that travels in a large loop in the air around our yard, as if floating along.  I imagine a torso and head, with a ragged end at the midsection and outstretched arms, flying around the yard overhead.  I know, a lofty concept.  But, I’ve sketched it out several times and think it can be done with just one drive motor and two or three clever pulley stanchions.  We’ll see…

Anyway, enough about Halloween, eh?  I just get excited… it’s been my favorite holiday ever since I was a little kid and all.  Let’s move on.

Today at work was busy.  In fact, work’s been getting busier all the time lately – a change from the few months of relative “down” time I had.  My program is sputtering along at half-choke, throttling up towards 100% which should happen sometime in January.  Then it’s balls-out for a good two years again before the cycle begins anew.  Things at the sawmill go like that, where a project lasts about three years or so, and then resets.  I’ve been through five now, some in parallel, obviously, and I feel like I’m getting better every time around.  I guess I’ve made up my mind that I’m gonna stick around this job.  I like it enough, I’m good enough at it, and it pays well… so, why leave?  It all fits nicely into my “why change?” style.  Change is hard y’all, and I ain’t about hard (well, most of the time, anyway).

Before I go, I wanted to tip my bloggers hat to a longtime friend of mine who’s recently started writing online.  I read, with tears poised in puddles just inside my eyelids, glistening in little shivering lumps of surface tension, waiting for one small motion to send them streaming, the first two parts (one here, two here) of her multi-part entry, “I Killed My Parents.”  All the years I’ve known you, Sheila, and I’ve never asked you about your folks.  I’m not that guy, the one who asks, even if you set me up for the question… I’ll likely balk until you’re ready to tell me outright.  I’m glad I finally know the story, thanks for telling me (and everyone else).  Can’t wait to read the rest.  And, oh yeah, we love you.

So, that a sappy enough ending for ya?  Hope so, ’cause I’m outta stuff to write.  I think it’s a respectable entry, no?  Yeah, let’s call it a wrap.

Oh hey wait, look, Megan used Keaton as the subject of a Photoshop tutorial.  That’s an interesting kind of exposure, eh?  And, maybe it’ll get you “we want new pictures!” hounds off my back for a few hours.  (I swear they’re coming, for reals… soon even.)