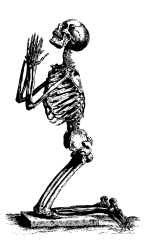 Thursday night, lawn’s mowed, burger’s been eaten, and Keaton just went down. If that succession of events isn’t telling enough, I’m once again on my own as Keaton’s sole parent tonight – mom had a “ladies only” dinner to attend so I took the munchkin. I don’t mind, as it gives me a chance to test some parenting theories that I’m not sure Sharaun would approve of. Nothing too Skinnerish, Scout’s Honor; just some things that I’ve thought about trying. For instance, tonight I proved myself correct on my “she can cry” theory. Sharaun has this little ritual she goes through when she puts Keaton down. She changes her diaper, swaddles her lower body, and lies down in bed with her to sing her to sleep – it’s an endearing practice, and completely befitting of a mom-daughter relationship.

My method, however, is more dad-like. See, I mentioned before that Keaton often doesn’t like going down to bed – and begins to cry and thrash just as sleep overtakes her. I decided that this must be part of her normal “thing,” and even surmised that my immediate attention upon her first tears might even hinder her eventual slumber. So, tonight I just let her work it out. She cried, she thrashed, even spit out her pacifier. But you know what? It lasted all of five minutes and then she was out. She cried right through that sleep-hesitation and drifted off to dreamland with nary a dad popping in the room to stuff her pacifier back in or pick her up. Because of this, I now consider myself a natural father – destined to go down in the annals of fatherhood, probably on the pages between Ward Cleaver, Mike Brady, and Andy Griffith. Can I get an amen?

As you read this Friday’s sand is running low, and our little family is readying for a long trip “home” to Florida. I’ll be honest, it’s after 9pm now on Thursday night and I haven’t packed a lick… haven’t even really began thinking about what I want to bring. It’s OK though, because I’m a pretty low-key packer – I figure if I forget it, I can always buy it. Traveling, however, is another deal altogether… I’m sweating and uptight just thinking about it. Compound that with my fears of Keaton screaming the entire overnight flight to Florida… and I think I qualify for a ‘lude or two. But, I’m not sweatin’ it y’allz… not a bit. I’ll have plenty of time to pack up my goods tomorrow after work before leaving for the airport. That’s how I roll.

I wrote Ben an e-mail today to tell him how addicted I am to this Figurines album, Skeleton. Seriously, this album is gorgeous. The soft piano opener had me expecting something different than what’s just a cut deeper – great bouncy rock with solid lyrics. Funny thing is, listening to this album for the past two days straight, I would’ve easily pegged these guys as red-blooded, Budweiser-swillin’ Americans. Turns out the band hails from Denmark. Who would’ve guessed? But seriously, go out and illegally download this album – you won’t regret stealing it one bit, it’s totally worth no effort. And just think, I missed these guys playing only hours from here just a couple weeks ago – and with the Tapes ‘n Tapes and Cold War Kids… it’s like a music blog porno that concert; thick-rimmed shaggy-hairs must’ve been creaming their too-tight worn jeans at that lineup. Wish I could’ve been there representing the older, balding set. Anyway, this song, in particular, has kept my ears happy over and over again… give a listen.

Holy shit people, a man gives his fortune to help the sick of the world and you compare him to a Nazi? Have you die-hards been so brainwashed that your principles are that misaligned with human nature? Take off your blinders you sheep, try evaluating things on a scale of good vs. bad instead of Pat Robertson vs. Michael Moore. Somethings don’t have “sides” you can take, somethings are just good. In this age of materialism, why ruin such a selfless act by dragging it into that ring? Just put your agenda down, shut the fuck up, thank people for caring about other people, and be on your ignorant way.

Love ya all. Not sure what my blogging schedule will be like next week, vacations are always iffy in terms of posting regularity. Goodnight.

3 Replies to “the older, balding set”