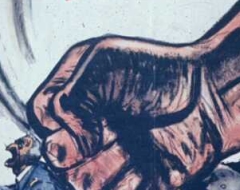 Keaton got into kindergarten.  Most of the fears I wrote about yesterday were unfounded.

Turns out there are schools in the district who do the “queue-up” thing ala Zeppelin tickets, but Keaton’s future school isn’t one.  Sharaun simply swung by early, grabbed a registration packet, brought it home and filled it out, and returned it.  Turns out the school was fine with a passport instead of a birth certificate, and our city utility bill proved residence in place of the county one they wanted (but that we didn’t have because I stopped paper billing on every bill that would allow me to).  In the end, I believe Sharaun walked away feeling redeemed and good about the whole thing.  Sure, maybe we weren’t strictly prepared, but it all worked out.  Providence is something we’re certainly never wanting.

I haven’t written because work has been crushing.  Sharaun calls around 6pm and asks me if I’m going to be working much later.  I respond, quite honestly yet also facetiously, “I could work until midnight and still not be caught up for tomorrow.”  And I could.  I’m behind.  Maybe a full eight hours worth from where I’d like to be.  It’s funny how the brain prioritizes stuff; in my case almost subconsciously.  Things naturally drift to the bottom, stay there until someone brings them up again.  Our inherent inefficiency; our inability to multi task.  I know I write about the ebb and flow of stress at work, write about it a lot… but sometimes, when I cast my mind back over the day and what there is to write about, if nothing “abstract” pops up I’m left with either not writing at all (last night) or writing about what dominated the day.  So I do.