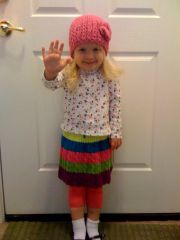 Monday, a holiday in the US… so I’m not at work.

Why, then, am I sitting here working?  I’ll tell you why, because it’s annual review time.

And, that’s what I did all morning, review stuff.  Sufficiently frustrated, and not sufficiently self-flagellated, I chose to take an afternoon break from reviews and do our taxes instead.  Much frustration and a few raised-voice exchanges about receipts with Sharaun later I’d completed at least one arduous annual tribulation today.  Tomorrow work will be about finishing up the other, and getting all reviews taken care of.  I spend so much dang time on the things… demanding a level of perfection in writing nothing like sounds familiar has ever seen.  Get it… it was knock on my writing here…

The other day Sharaun showed me some old scanned-in images one of her new Facebook friends had posted on the internet.  Her new Facebook friend being an old real-world friend, the pictures were of them together back in their youth.  Seeing them made me smile, and also made me think about how neat it would be to have the old family pictures in digital form.  The only real way we look at and/or use pictures now is on the computer, and I think it’d be so neat to have “forever” copies of those old printed images stored digitally for generations to come.

So, I asked my Pop if he’d be willing to ship down all our old family photo albums.  Not wanting to scan in what could potentially be thousands of pictures one-by-one, I instead found a reputable (well-reviewed, at least) place to ship them off to where they’ll be bulk-scanned for pennies a print in no time at all.  If and when I get the albums, I plan to go through them, put the good ones into logical bundles, and ship them off in bulk.  When the resultant DVDs come back I’ll look through and post some of the better ones here after touching them up a bit (the place just does raw scanning, no post-processing).

Could be a fun thing to do, I think.  I’m looking forward to flipping through some photos Pop… so get them in the mail, OK?

Moving on, a quick note about Sunday.  After church we joined friends for a BBQ in the rain and some Daytona 500 watching.  Was  great time, but towards the end of the day Keaton started making more-than-regular trips to the potty – and her #2s became less and less, ahem, “solid.”  Fearing more of the same, we left the get-together a bit early and retired home.  Good thing too, once at home we played around for a while until it was Keaton’s bedtime.  Once she was down I headed to the gym, and upon returning found Keaton out of bed and in a freshly-run bath and Sharaun washing puke out of her bedsheets.

Poor girl.  She lost her stomach another time that night, and Sharaun and I were both by her side to see her through it.  Breaks my heart to see how much it scares and frustrates her; she just stands and wails between heaves, shaking her hands in protest and asking to be held.  I can remember how scary it used to be to get sick, the fact that’s it’s totally beyond your control, the overall awfulness of it all, and the added bonus that you can’t breathe while it’s happening.  She took it like a champ though, and never did develop a fever or any other symptoms.  Monday she was fresh as a daisy and had her regular appetite, so I guess it was something she ate.

One Reply to “digitizing”