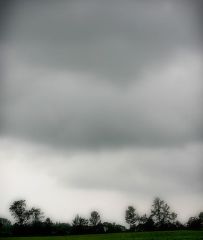 Hi.  This space is where I write on the internet.  Below is a sampling of some of that writing.  You can read it if you want, and it may even change on some days.

I know people tend to skip the paragraph when I talk about music, and that’s fine really… I don’t have a gun.  But, for my sake, I’d ask you sometimes try to muddle through – I often bury very real commentary in there.  Sometimes some of my favorite bits of writing I do are some of the talk-ups I’ve done for this record or that song.  Again, you don’t have to like what I like, or even like what don’t like, or even anything at all – I still don’t have a gun.  That said, here’s a paragraph on music.

I really never thought I’d like this Bon Iver album everyone’s been conferring sainthood upon over the last half of the year.  Turns out, while it’s not gonna top my list, it’s actually really good.  Maybe it’s that the lonely unaccompanied guitar and soft double-tracked vocals are speaking to the general melancholy I’ve been mired in the past month (self-imposed or not).  Instrumentally it’s built of twigs, but tunefully it’s strong as steel – something that’s sometimes hard to do without getting stuck sounding like some Mazzy Star wrist-slitting dirge.  What’s more, it lends itself well to the cold weather (which may be exacerbating that melancholy, come to think of it) – so it fits well with the clouds and morning fog.  I like it; I really do.  At least it’ll hold me until Merriweather Post Pavilion leaks…

Evenings lately I’ve been spending my post-work time helping out as a backstage guy for our church’s Christmas production (I attach little microphones to peoples’ ears, tape them down to their faces, and tuck the transmitter packs somewhere conspicuous in their costumes).  I’ve actually enjoyed the post-work “work” quite a bit, I never was much of a “drama” guy in school – and watching the people work (it is a full production, quite serious business to a novice like me) while safely in the wings has been interesting and fun.  I haven’t got to see Keaton but for in the early morning before work the past few days, but tonight was the last night of rehearsal so I’m released until the actual show nights at this point.  I know, you’re thinking, “Dave, spending your evenings at church doesn’t sound much like you.”  Yeah, well, maybe it doesn’t… but, then again, maybe it will.

I know I’ve written about it before… but I love the random urge to just “keep driving.”  You know, the moment when, as you’re driving along the highway homeward, you start thinking, “What if I just sped right past my exit and didn’t look back?”  I thought that the other day, imagining Sharaun and Keaton in the car with me.  Just drive on… right into the horizon.  Sleep where you get tired, eat where you get hungry, and stop where you please.  Maybe visit long-lost relatives, or national parks, or just the open road.  Just drive on… put something good and long on the stereo and settle in.  I guess I’d have to stop somewhere tho… and home really is the best place I know, so… home it is.