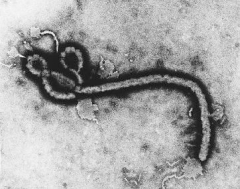 Thursday.  Remember yesterday when I said I felt off and hoped I wasn’t getting the stomach bug that’s been floating around inside the bellies of our friends?  Well, I’m sick.  Keaton’s sick.  Sharaun, so far, is well.

Today I alternated between sleeping, in some half-dead approximation of myself, and running to the bathroom at the not-so-subtle behest of my knotted and writhing insides.  Furthermore, this tortuous cycle was interrupted several times to join Sharaun in the bathroom to rub little Keaton’s back and tell her it’d be “OK” as she “spit out” (what she calls it).  Having not been in this situation before, she was of course terrorized by what was happening to her physically, and only wanted to be held – which, as you might imagine, impacted our ability to “aim” her where we wished.  Ah… yes, a lovely day spent horizontal.

Sharaun took care of us both, bathing Keaton twice after each “spitting out” instance, and herself once (for the same reason); cooking me some buttered toast for lunch and later some chicken soup for dinner; taking the garbage out to the curb; all the stuff you’d expect a good mom/wife to do when you’re under the weather.  And, with that soup staying in my belly well, and glass after glass of some liquid designed to replenish my electrolytes (whatever that means), I’m feeling on the up enough to sit here and bang the keys.  Which is good, because it’s been a bad week for writing.

Let’s just hope the universe send us the mend before the weekend, as we’re slated to go camping this weekend and I’m bound and determined to get some time with dirty feet.  So send some wellness our way, eh?  If you’ve got it in abundance, throw some in and ship it, OK?