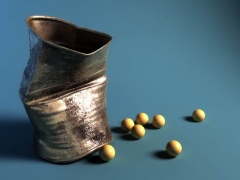 Good Sunday evening my friends, coming off a weekend that seemed pleasantly longer than usual. I’m bringing you quite a disparate entry today, written off and on over the weekend to ensure it doesnt tie together at all. I did manage, however, to stick to tradition and post another (small) batch of photos to Keaton’s gallery. Last week, a friend asked me if I plan to post new pictures every week for the next eighteen years. Fair question, I suppose. I have no idea how long I’ll be obsessed enough with this baby to post weekly – but for now it’s become something of a habit, and, besides, I think you secretly like it. So here they are, Keaton’s gallery.

Sometimes, when I sit around on a Saturday doing absolutely nothing, wasting time, be ultimately nonconstructive, simply gaining weight – I get this feeling that all my friends are busy doing something with their time. I imagine them pulling weeds, cleaning house, gardening, washing cars, or spending their time doing something else equally as useful. I’m about 50/50 torn between loving being able to completely lose a day to sedentariness and hating the fact that I can be so lazy. Often, a thousand thoughts will run through my head: useful things I could do, things I’ve put off during the week which I could now devote hours uninterrupted to. Like now, it’s noon on Saturday and I’ve done nothing with my day but cook breakfast and play with the baby. I mean, I downloaded some music, messed with the iPod, and finished off some dirty dishes – but I feel like none of that matters because I haven’t even put on a shirt yet. I’m obviously not serious about today if it can’t even motivate me enough to clothe myself properly. Doomed to a day of sitting on the couch, listening to music, and writing… I’m 24hr useless.

But folks, as a result of that paragraph… I got the spirit. I went up to Home Depot and purchased some supplies to build some shelving in the garage, as well as the beginnings of the Baying Wolves project I have planned this Halloween (one of the two I hope to complete). Sharaun and I braved the 100+ temperatures to clean out and reorganize the garage. If you know me, you know I love organizing and tidying, and if I can do it in the garage while kicking some tunes on the iPod all the better.

I am positively in love with about 2/3 of this new Guillemots album – which means mostly the numbers with a decent tempo and a couple of the slower tracks. Some of these songs are so lushly done, with strings and rising chorus, plenty of cymbal crash to fill up the background, and unexpected falsetto. I recommend it, as it sounds like not much else I’ve heard out there right now. Also part of my playlist right now is an album by the group Midlake, which, while being slower and more muted, is crafted with extreme care – not to mention it’s not just 2/3 good, it’s 3/3 good. And, since we’re in the music paragraph – I’ll go ahead and say how excited I am about getting the new Ratatat album this weekend. Seeing as I liked the last one so much, I’ve got high expectations.

Looks like I’m not the only one who thought that CNN’s coverage of the current Israel/Lebanon/Hezbollah conflict is lacking. I’m finding that it’s really hard to get a “balanced” article on the current events over there, and I still stand by Wikipedia as the best checked-and-balanced telling of the tale as it’s unfolding.