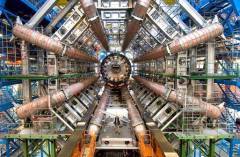 Happy Monday folks.  Was a great weekend.  Keaton had a good time with Grammy and Grandpa in town, she got into full “show off” mode.  We barbecued, enjoyed some beer, and got some great weather.

For today, I’ve got a pretty random entry, ranging a bunch of pretty unrelated topics.  It happens sometimes on Mondays, it’s the prime day for blogging leftovers.  So, I’m gonna slap a bunch of paragraphs on a paper plate, punch in two minutes on the microwave, and pour you a glass of icewater or Pepsi or whatever.  Here goes.

Our neighborhood Fourth of July get-together was fantastic, like a huge hunk of fresh-from-the-oven Americana; with kids on bikes giving impromptu “parades,” lame-style California fireworks set atop folding ladders in the street, even down to the nametags, handshakes, and cakes decorated like American Flags.  We got to meet a ton of our neighbors and Keaton even ended up with a couple “she’s so cute” hand-me-down toys from some of the older girls.  We also put toghether an e-mail list for the block, something I thought was another stroke of genius.  Ahh, community… it’s kinda nice.

Changing subjecte drastically, I want to talk about the Large Hadron Collider for a minute.  Now, before I start, I fully realize you may have never heard of the “Large Hadron Collider,” not to mention knowing what the heck “Hadron” might be.  And, I’ll also let it go if you accidentally misread that as “Large Hard-On Collider,” it happens.  Anyway, it is “Hadron,” and all you have to know is that it’s got something-or-other to do with physics.  See, the LHC (as I’ll cooly call it from hence forward) is the world’s biggest particle accelerator, a device which physics boffins use to smash different kinds of subatomic particles together at super-high speeds.  They do this so they can observe what happens afterward, like new particles or other phenomenon created by the collisions.  To physics nerds, all of this is incredibly exciting.

There is, however, a significant amount of fear mongering and doubt on the internet about the LHC.  See, the machine has just finished being built, and is set to be fired up for the first time any day now.  This has a certain set of folks quite concerned.  These people are afraid that the experiments performed at the LHC may create awful things that could possibly destroy the entire planet.  Terribly scary-sounding things like “micro black holes,” vacuum bubbles,” “magnetic monopoles,” and “strangelets.”  Whatever those are, they sound pretty intimidating, and can, apparently, destroy the Earth.  And, even though the official safety study was incredibly comprehensive and found no cause for concern, it’s still kind of interesting to think of the unintended effects the massive machine may have.  Heck, I’ve even written about a similar scenario before.

OK, I know that probably wasn’t intersting, but I’ve been wanting to write about the Large Hadron Collider now for a couple months, and just decided I’d go ahead and do it.  If you’re interested in when keeping track of how much time you have before you’re vaporized by a hadron-shooting reverse-vampire spawned from a magnetic monopole, you can check this website.

Now then, let’s move on to something equally as off-topic.

I found this site online today and loved it. I mean, regardless of how “real” it is – what a fun escapist fantasy concept. I’ve talked before about how I have this lingering desire to “drop out’ and start/join a cooperative community, and seasteading is like that with an added layer of cool. Yeah, it’s perhaps a tad more isolated than a small community of like-minded individuals taking to an agrarian lifestyle up “in the hills” somewhere (trying to avoid Branch Davidian “compound” esque imagery here), but wouldn’t it be cool to give up modern life and go live on a huge self-sustaining bio-barge in the middle of the sea for a year? Yeah, sure you’d probably get some sort of cabin-fever, end up hating or killing or sleeping with everyone in your little water-locked society… but, y’know.

Told you it was random.  Goodnight.