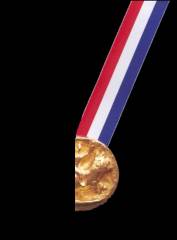 Well folks, I’m a few weeks later than I wanted to be with this, but I think early July is still a valid time to publish a best-of list for the halfway point of 2008. This is something I’ve been doing now for a few years, and I know it’s pretty boring for the lot of you. But, it’s something I enjoy doing, so I’m gonna stick with it and press ahead. Who knows, maybe one day Keaton will reference these lists to see what Dad was “into” back in the day – maybe even make a mixtape of Dad’s “oldies” when she hits that parental-appreciation phase sometime in college. A guy can dream…

I know you’re on the edges of your seats, so here they are, in reverse-countdown order:

‎‎Yeah, the first twelve tracks on this album are just some high-pitch warble not unlike what you’d hear rubbing a dampened finger around the rim of a piece of good crystal, each one just a few seconds long and less than a minute all together back-to-back. But, that’s just the overindulgence of the band showing, just the preamble to yet another somber string-and-guitar laden dirge of an album.

Let me be clear right up front, this music isn’t for everyone. It’s whiny and dark, it’s angry and the tunes are as far from common pop as you can get, the themes are long and dense, and, for some reason, it always makes me think about the end of the world. Yeah, this is some serious shiz. Each song like some fifteen minute funeral procession for all of mankind and our entire planet (but, maybe that’s just me). You’re either gonna hate this, or you’re going to love it for the same reasons I do: The simple repetition, the seething, the bad-ass backing chants, and the drone of strings. If you’re curious, just go get it – and try not to wring your hands in an anger while it crunches along in your ears. Yes…

Listen to A Silver Mt. Zion at the Hype Machine.

The album that barely made the list. Not because it’s on the edge of being good enough, but because it leaked right under the wire. Even with the abbreviated time I had to appreciate it, I knew Wolf Parade’s second showing was a strong one. Not straying too terribly much from the formula that gave them the top spot in 2005’s year-end list, they continue to push their bright and drums-out-front brand of “indie” rock. Even if the closing track is about three times too long and half as interesting as it seems like it could be, the rest of the grooves are filled with energy quick-changes that’ll leave you impressed. With lots of keys and synth and swirling background fills there’s plenty to keep you dissecting the sound. A solid showing by the Parade, and worthy of your inspection.

Listen to Wolf Parade at the Hype Machine.

6. Jason Collett – Here’s To Being Here

‎‎I’ll just tell you what’s up with this album right out of the gate: We listened to it non-stop, almost daily, in fact, while we were vacationing in Mexico earlier in the year. To be honest, it’s the perfect soundtrack for a humid sun-drenched vacation spent sipping tropical drinks poolside or playing with your two year-old daughter on the bed while the cooling whir of the ceiling fan pushes the hot open-sliding-door air aside.

What’s that though? You want to know what you’re gonna hear if you listen to this album? Well, don’t expect anything even remotely like what the Broken Social Scene puts together, even though Mr. Collett is an alum of that band (they’re all making solo bows of late, a coordinated effort it seems). When the needle drops on this you’re going to hear roots rock, you’re going to think Dylan – there’s no way in the world you’re not gonna hear Dylan… Collett’s croon and even lyrics recall the master immediately. So, what’s this album good for? Backyard summer barbecues; days spent in chairs alongside a river; road trips; poolside get-togethers.

I’ll summarize thusly: If you think most of the stuff I have on hear is neaveau-rock BS, get this record and be pleasantly surprised at how “normal” and enjoyable it is to Joe Lite Rock. C”mon, you know you’re a little curious… for your next BBQ and all…

Listen to Jason Collett at the Hype Machine.

‎‎So, the Hold Steady are back with their 4rd album. I never did get into their first couple goes, but I gave their 3rd effort the crown back in 2006. Much to the disgust of several of my friends, who can’t stand Finn’s talk-singing storytelling, often on anachronistically, for the band’s age, juvenile topics like high-school parties, drinking, wanton sexual encounters and recreational drug use.

I, on the other hand, eat this stuff for breakfast. The lyrics remind me of a time in my life that may or may not have really happened the way I remember it – but sure is fun to remember that way regardless. It’s just bar-rock people, just plain old guitar and drums and bass and beer-soaked vocals. I would suggest you grab one of those little bowls of nuts, get a firm grip on your frosty mug, light a cigarette if you’re in one of the less-Draconian states that still allow it, and try to identify all the classic rock references in “Joke About Jamaica.” It’s a fun album, give it that much at least.

Listen to The Hold Steady at the Hype Machine.

‎‎This is another example of an album I chose to download solely because of the name. I’d never heard of the band before, although I later learned they’ve got a decent amount of material prior to this. Didn’t matter though, because I love finding something completely “new” with bolt-from-the-blue inherent goodness. Yeah it’s your typical quirky indie-rock, fairly formulaic but done well and extremely catchy. To be honest, I was afraid that while revisiting the tunes for this midyear review I might find them boring and old-hat, but not so. They still sound fun and beg for playback at high volume with the windows rolled down. And don’t let the “ehh, standard but good” review throw you, either – there are some great little pieces of song on this album, check out the story on “May Your Hearts Stay Strong,” set to that neato beatsy backdrop – you won’t be sorry you did.

Listen to Cloud Cult at the Hype Machine.

‎‎So, the Islands. The Islands are formed from pieces of the Unicorns, a band I simply adored for the rollicking style of rock they created, with childish lyrics and powerful music. When they released their post-Unicorns debut, I reviewed it well and ranked it highly in the 2006 list. I had high expectations for their sophomore effort, and the youngsters didn’t let me down – no not by a long shot. I like every song on this album, I like the vocals, I like the bubbly cartoonish beats that carry you along, I like the nonsensical lyrics and storytelling, and I love the fact that, the first time hearing it all, I regretted I didn’t already know the words well enough to sing along.

There’s a song on this album called “Creeper” that you should really hear. Admittedly, it’s not the best track on the album, but it is a decent introduction to the off-the-wall style that flavors the entire effort – with the stabbing string sections, scale-climbing groove-bass, and all the cracks filled with nifty little synth lines and fills. Oh, and then there are the lyrics – where lead singer Nick Diamond recounts a story of coming home to what he thinks is an empty house, only to be stabbed by a stranger hiding in the shadows.

Listen to The Islands at the Hype Machine.

‎‎I guess I was actually late to the Vampire Weekend party. When the internet indie-snobs began slobbering over the “blue CD-R” leaked version of their debut LP, I downloaded it and gave it a listen or two, even put it on the iPod, but never really got too into it. I’m not positive, but I think the “blue CD-R” version must’ve been an unmastered leak, something lacking the production of their final “polished” release. Then, when I saw the street-released version shoot to the top of the “most downloaded” charts on the completely legal pay-hard-cash-for-music website I get most of my tunes from, I decided to give it another try.

I can still remember how crisp and cold it was outside in Portland the day I first really listened to the album. I was riding public transit from the airport into work, more than an hour’s worth of travel through downtown out into the suburbs. And, even if I’m wrong about the “blue CD-R” and its poor mastering, that album struck me that day. I felt the African-tinged rhythms pick up my spirits, bouncy and Graceland reminiscent, but with these punchy have-fun vocals stringing you along, hooking you.

Just stop reading this and go listen to “Walcott,” and tell me you don’t feel like donning your best-fitting khakis, slipping into some deck shows, tying a sweater around your neck and playing a rousing round of croquet with your “brothers” on the frathouse lawn, tumbler of scotch in-hand under the Massachusetts sunshine. Look, just go get the album, the Midwestern dandy inside you will thank you for it.

Listen to Vampire Weekend at the Hype Machine.

‎‎Oh my word, Dave picks a “beats” album as his #1. Sharaun says this is “gay club music.” She teases me that this is what Perez Hilton listens to, says it’s “that gay.” And, sure, it’s got infectious beats and rhythms, sure there’s some limey singing about dancing and love and whatnot – I just don’t care.

The Utah Saints vibe, the strummy guitar accompaniment, and all the “aaahhh” and “oohhh” you care to warble along with. If you know me, you know I don’t often dig beats-based electronic albums, but the mix here is too good to turn an ear from. I don’t care if the entire percussion section is comprised of a sequencer and a Roland, doesn’t mean I have to wear baggy pants and suck on pacifier or anything. But by God in Heaven y’all, this record will get you moving. If you’re so inclined, it may even get you dancing. Me, I’ll stay firmly rooted to my seat thanks, although I may shake and sway in place there if the mood strikes – might even do some Mitsubishi car-commercial arm-dancing, you never know what might bubble up with this saccharine stuff on the speakers. You don’t want to miss this record, for real.

Listen to Cut Copy at the Hype Machine.

Well, that’s it for today. There were a couple near-misses that I wrote up, trying to hit a list of then, but decided at the last minute didn’t really warrant inclusion (I’m looking at you Tapes ‘N’ Tapes). Lotsa work here even if you didn’t read it all. Thanks for indulging me a bit. Goodnight, and, until tomorrow, take care friends.