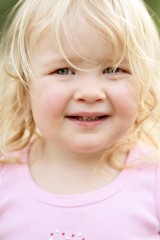 A Tuesday night and Sharaun’s at volleyball.

I had a work-related dinner tonight, a congratulatory kind of thing for finishing up a recent project. I seriously considering bailing, not going at all, as I just wasn’t in the mood. Earlier in the day, however, I’d given my word that I’d be there, and, contrary to my typical modus-operandi, I felt compelled to keep that promise and show up. It was fine, after all, free wings and pizza and beer and I got to talk business. All-told not a bad evening, and it wrapped up early enough for me to get home and sing Keaton a couple songs before putting her down. Can’t ask for much more than that anyway, eh?

Tomorrow (as I write), or today (as you read), we leave for Oregon. I’ve been e-mailing Grammy to try and figure out what we might do while we’re up there (aside from the Mother’s Day dinner and family get-togehters already planned). Maybe a picnic-lunch day out, providing the Oregon weather supports us. I’m sure we’ll have a good time, and I’m going to use sales-tax-free Oregon to buy a suit for a wedding we’re going to next weekend. Getting out of town for a few days sounds good right about now, let’s do it.

Can you imagine the thrill as I followed you, as you led me? Do you realize I was in some dream? Off in my own head in a world that can never, will never, exist. Still though, I pranced on behind you, leaving bags of gold abandoned behind me to moulder to dust. I never did know your mind, never did find out if anything was behind those smiles and giggles, never dared. I just followed. Breathed deep the “air” of you passing by, inhaling your scent, your hair and your skin; on par with angels. I think it was an allowance, something permitted, deigned so by the Gods on high. Given to us, as long as we took care to step lightly – no hug too tight, no whisper too incendiary, eyes-into-eyes for no more than ten-count. We scared us a little, didn’t we? Better go scoop up that gold and put it in the bank.

OK enough of that. Sounds stupid. Should I delete it? Oops.

Before I go, I’d like to note that I posted a new batch of pictures to Keaton’s gallery tonight. There are a handful from our weekend camping trip a while back, and some general randomness from April (honestly, there are some awesome pictures in there… Sharaun done good with the snappies this month). PS – Thanks Megan for this entry’s post-accompanying image!