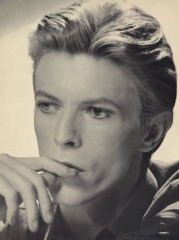 Hi Tuesday. Back to work today, fresh of my latest trip on ship-sick. Felt OK, the busyness of the day working to keep my mind from dwelling on how I felt, letting me instead be washed away in the stress and decisions of my daily eight-hour farce. I suppose that means I have to go back tomorrow, so I will. Today, I went a little mad near the end there (sorry about breaking the no-cussing streak, blame Art). Let’s do this.

Just within the past few days, Keaton has begun stuttering. At first, I thought this was utterly cute. She’s always done some amount of stammering or word-repetition at the beginning of her phrases, and I’d always chalked that up to her knowing she wanted to form a long string of words, but needing some extra time to process what she wanted to say and buying it through repetition. This recent stuff though, this is different. All of the sudden at my folks’ place in Oregon last week, she started getting really hung up on her ‘W’ lead-words. “Where’d the doggy go daddy?” turned into, Wh-wh-wh-wh-wh-wh-wh-where’d the doggy go daddy?” With the ‘W’ sound repeated an almost comical amount of times. Actually, with the ‘W’ sound repeated a downright comical amount of times.

Within just the past forty-eight hours, though, she’s branched out from just ‘W’ words and now hangs up on all sorts of words. She draws out initial words too, like, “Iiiiiiiiiiiiiiiiiiiiiiiiiiiiii wanna bite daddy’s cheese,” or “Mmmmmmmmmmmmmmy babydoll is sleeping.” Still, I saw no reason for concern, and figured it was some sort of normal speech pattern per development. Sharaun, however, was a little more prudent, deciding she didn’t like the new Keaton-speech and doing some online research. Here’s what the sage internet has to say about toddler stuttering:

Many children go through a developmental stage of speech disfluency that’s often confused with true stuttering. This normal disfluency does disappear over time without need for treatment.

Children with stuttering show signs of reacting to their stuttering — blinking the eyes, looking to the side, raising the pitch of the voice.

Oh yeah, blinking eyes, screwing up her face, seemingly looking into space for the words: check, check, and check. Hmmm….

Well, as long as the internet is still an infallible source of information and a viable method of self-diagnosis, I’m convinced: Our baby may have a legitimate stuttering problem. The doctor on the internet said we should alert our pediatrician, so that’s what we’ll do.

Still, I secretly think it’s cute, and am not really too concerned. Call me naive.

Tomorrow I’m dropping Sharaun and Keaton off at the airport bright and early so they can catch a flight to Florida to see Keaton’s brand new cousin, baby Hobson (blog-style congratulations to Aunt Breck and Uncle Doug). After that, I’ll be on my own for five whole days. Cast back into the shadowy realm of bachelorhood (well, minus all the wild stripper-pole parties I used to throw in my true bachelor past, ahem). On my own for meals, clean boxers, sexual gratification (nothing much new there), bedtimes and waketimes, and whether or not I have to don knickers on the weekend. My barnburning plans include the cleaning jag I’ve outlined here before, and completely eschewing the television in favor of the iPod. In some ways I’m looking forward to the time, but in reality I think I’ll start to miss my girls right-quick.

Has anyone ever heard an old fable, or story, or Mother Goose or… something… about a man, or king, or maybe it was a pauper, who woke up one morning to a solid-gold reflection of himself in the mirror? Yeah, I figured not, because I just made that up. But today was my solid-gold day. I was untouchable. I walked on water. I touched souls. The heart-hardened wept open-mouthed as babes for tit.

Below please find the actual photo that sits unblinkingly on my sawmill’s badge. Note the lethargic smile, crooked nose, and fucking hair. It was taken some eight years ago now, and I’ve worn it around my neck five days a week for those long years like a sinner’s millstone. While this is, in what I hope would be anyone’s opinion and not just my own, a spectacularly awful picture of me, it’s constantly displayed on my chest in miniature contrast to my real face just a foot above it.

I like to think I see something better than that in the mirror each morning, and usually I do (changing that pitiful post-college hairstyle really opened up new avenues for me, how on earth did I ever pull tail with that gel-back?). In actuality it’s likely not that far off the mark. They got the underlying concept right.

I hate that picture. Hate.

So imagine my apoplectic joy when, this morning, smiling back at me in that reflective glass, I saw instead an Adonis of an alpha-male, chiseled face sculpted from shining polished gold. I took avenue-wide strides all the way to work, stepping from cloud to cloud and smiling down on creation from my appointed place in the Heavens. I called lightnings with my fingers, distilled the entirety of human consciousness into my hands and cast it to the wind as worthless. I was amazing.

When I got home at 6pm, the chump from the badge was back, only he was eight years older and balder. I berated him, tore him down layer by putrid layer and tried to rebuild him again in all the gilt perfection of twelve hours prior. Resisting my efforts, he slithered back into decline, rusting in real-time, biodegrading on a hook in the backyard.

To those of you who were lucky today and didn’t even know it – Goodnight and sweet dreams.