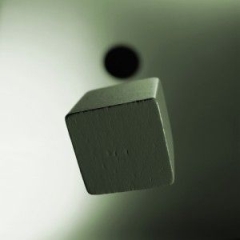 Tuesday evening and Sharaun’s at a volleyball game. I put Keaton down to bed about 15min ago, and am now enjoying some Malajube whilst writing up tonight’s blog.

Before tonight, I was off to a slow start on Kerouac’s On The Road. The long introduction was interesting, but stole some of the immediate thunder I had expected. But, oh man, once I got into the book proper I was spellbound. Kerouac’s writing seems just barely strung-together enough to tell a story, like it was written in some mad fit (I know, it was) as if he was afraid it all had to come out at once or else be lost (I know, he did); but at the same time it’s so beautifully detailed and descriptive that I’m almost there with him, belting back whiskey on a flatbed racing across the west. I’m only six chapters in but I can barely put the thing down. I can’t wait until he gets to San Francisco. That said, then, I’ll go ahead and write this up snap-quick so I can get to reading, maybe get my voracious on. Here we go.

I think it’s time for me to reevaluate my invincibility. Over the past couple years, the number of times my body has succumbed to sickness or ailment has risen sharply. I used to be untouchable, completely impenetrable to disease. Recently, though, I’ve had to take a day off work here, another there, and have lost a few good weekend days to sleeping and sniffling. Is this what happens when you get old? Instead of ignoring the signals my body gives me, should I now pay attention to them and react accordingly? What crap. When did I become weak? This morning, I woke up with a sore shoulder, apparently my body didn’t like the way I slept on it, it ailed me all day, pins and needles. I remember when I could sleep in the reclined front seat of a Nissan Sentra and wakeup no worse for wear. Then, my mouse-hand has been protesting some movements lately, almost like the years of totally un-ergonomic use I’ve forced it to endure are coming to bear. Sometimes, I even get heartburn after eating a burrito (extra large, extra-extra spicy, please). What’s worse, I get super sleepy around 4pm every day. Oh Father, why hast Thou forsaken me?

A thought occurred to me the other day whilst pondering some work stuffs. I’m sure you’ve all heard the phrase “good old boy” used in reference to the way some organizations are run. Usually what’s meant by this is that a small network of back-slappin’ buddies run the company, promoting and demoting according to how well others fit into their “good ol’ boy” mold. So that regular Joes sometimes feel like their chances of being favored or given the big job or being promoted are hindered because they didn’t go duck hunting with the clique on the weekend, or some other such nonsense. Anyway, what I was thinking was, that this whole notion of a “good old boy network” probably isn’t that wrong, and furthermore shouldn’t be that surprising.

Dealing with people is tough, there are so many assholes, so many who are ungrateful, so many who are under-appreciative and over-demanding, so many who are abrasive, impossible to relate to, unpredictable, unprofessional, abstract, difficult. The old adage rings true, you know, “birds of a feather…” I wonder, though, if this “flock together” pack-mentality may be the subconscious (and sometimes all-too conscious) reason behind the classic “good ol’ boy network?” By surrounding yourself with an army of like-yous, you have to deal with a lot less. You know a lot better where the lines are, know what’ll motivate and what’ll correct. It makes me think, however, that the school of “relationship based management” may have hit on something. Developing relationships with the people you work with and who work for you is probably a good way to avoid the “easy out” tendency to populate the ranks with you-clones. Whatever, all I was trying to say is that maybe those folks who look at the good ol’ boy network with envy are just the square pegs…

It’s been well-established now that I love ARGs (Alternate Reality Games). I think my first real experience with the genre was the with the whole Lost Experience thing, which seems late when you consider the “I Love Bees” stuff and many of the other “armchair treasure hunts” which have gone on, but arguably I was smitten all the way back when the Smashing Pumpkins did something very similar with their album Machina, and I was way into that. I also got into the whole Lonelygirl15 thing for much of the same reasons. The idea that you can participate with others in a real-life Hardy Boys type mystery adventure is awesome to me. So, when I found out that the Nine Inch Nails, a collective of whom I’ve been a casual fan since high school, are slowly “leaking” tracks from the new album “Year Zero” as part of a viral marketing slash ARG thing, I was thrilled. Not only do I get awesome tunes, I get to follow a neat post-apocalyptic storyline to boot.

One Reply to “reevaluating invincibility”