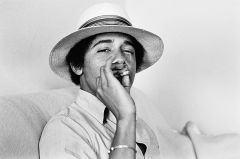 Every evening of late, during my “internet time” (which is really a seamless amount of time sandwiched sometime between the dead-time after I get home from work and eventually turn the laptop back on again after Keaton goes down and when I go to bed, during which I have the thing close at-hand and surf around in between watching a little TV with Sharaun or reading or whatever), I point Firefox at Google and do a news search for the phrase “cash for clunkers.”  Why?

See, “cash for clunkers” is the colloquial term by which some proposed legislation has become known.  This proposed legislation would grant folks cash incentive to trade in their old, presumably fuel-inefficient, vehicles for more modern, presumably more fuel-efficient, ones.  The goal being twofold in that you’d stimulate the auto industry while at the same time swapping some bad-for-the-environment vehicles for less-bad-for-the-environment ones (part of the language says the traded-in cars would be scrapped, not re-sold to continue polluting and being inefficient).

And, while the thing is still before Congress, recent news says it’s likely to be passed (in some form) in the near future – before the month’s out perhaps.  The details are still in flux, but the bottom line is that, if passed, people like me (who are driving busted-broke old beaters) stand to collect a little extra cash towards the purchase of a newer, better vehicle.  If you’re a details person – in the leading incarnation of the bill I’d need to shoot for a new vehicle rated 18MPG or better to get the whole $4,500 incentive, being that the rated mileage for my 1997 V8/5.0L Explorer is a pitiful 13MPG city.  In honesty, setting the “bar” at 18MPG or better seems pretty whack from an “environmental relief” standpoint… but I’ll tip my hat to the Detroit lobby and keep my mouth shut on this one.

Oh, well, normally here I’d point you to the blog entry I wrote about it here on sounds familiar just a few weeks ago.  But today, I can do a little more – because, see, a couple weeks ago I lent my good buddy Ben my truck – and it made such an impression on him that he himself blogged about.  Taken together with my own words, I think Ben’s thoughts round out the story… and you’ll have  good feel for why I’m so keen on Obama supplementing my new purchase.

Mmm… for my die-hard Republican friends: I know.  Socialism is here; Obama is buying me a car.  Yes, the future of our country is at stake and handouts like these are pushing us all closer to a government-sponsored society.  Whatever though… I’m getting a new car soon.  Thanks taxpayers, I’ll think of you every time I don’t have to take off the door panel to get out of my new ride.

Dude, look at all the losers in this New Kids on the Block video.

5 Replies to “obama is buying me a car”