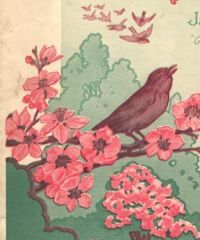 Hey guys, welcome to “workweek eleven,” as we call it at my sawmill. It’s gonna seem quite the ramble today, as I wrote it in snatches over the weekend. I tried to arrange things the best I could, and put stuff that could potentially be related together… hope that’s OK with you. The practical side of me thought I should split this up into two entries, guaranteeing Tuesday night in the process – but, I didn’t do it. Enjoy.

Saturday morning I headed over to Pat’s place bright and early to lend a hand with some manual labor (you know, as all good friends tend to do from time to time). After a good morning’s worth of work, I hopped into the Ford to head home. With the sunshine soaked into my bones from the work outside, I was feeling one of those good-weather highs and I rolled down the windows and opened the sunroof as I cranked the tunes. As I drove through the neighborhood, the early great weather we’ve been having prior to the “official” change of season was openly apparent in the populous: Men were out tending their keeps with lawnmowers and edgers and blowers, children were jumping rope and riding bikes in driveways, and the mechanically inclined were propped on elbows next to motorcycles or disappeared up to their ankles under vehicles. The buzz of two-stroke engines and the collective yelps of children swelled together with my music to make it a defining moment for me: My own personal arrival of Spring. I’m ready for summer and all its dry, hot, baking heat. I want to go camping, swimming, and on bring buckets of chicken to parks. I want to drink beer and eat meat. I want to sweat in the yard and fall asleep in the hammock. C’mon Summer… we’re waiting.

I know you guys hate it when I write about my iPod, but I just wanted to share real quick how my whole iPod use-model has changed. Ever since I got the new mega-size 160GB iPod Classic some time ago, I’ve slowly been working on assembling the “ultimate” collection of music on it – my personal musical canon (at this point in time), if you will. Now, previously, my iPod was always smaller than my collection – meaning what went on the iPod had to be a carefully chosen subset of of greater collection on hard disk. Now, however, it seems like I can just keep adding and adding tunes to this beast, and it’ll just continue to swallow them up like a black hole. This phenomenon is so pronounced, in fact, that I’m beginning to reach a critical transition in iPod use: the day when my iPod and my hard disk collection are one in the same (i.e. the iPod can contain everything I have). As a matter of fact, I’m close to this point already.

Lately I’ve been plugging in the iPod and just paging through my collection looking for music to add. With the humungous size of the thing, I often find myself thinking things like, “Every single Roxy Music album through Avalon?, sure, why the heck not?” I’ve picked over my collection so much, actually, that what’s going on the iPod is driving a general “cleanup” of music in the main collection. I mean, if it’s not good enough to put on the iPod, why do I even have it at all? I see this whole thing converging around a single, amazingly complete collection. And, since Apple seems to be increasing the size of the ‘Pods at a good clip – hopefully my iPod will grow as my collection does. OK, that’s enough music stuff.

Or… is it? I promise it’s different from the nerdy kinda music talk, it’s just setup.

A thought struck me the other night: I simply don’t have enough classic Motown records on my iPod. Now, Stax is fairly well represented, but the thought of going through Summer without those classic Gordy A-Sides shuffling up was enough to make me cry. I have one Motown Records “best of” from the classic “Hitsville USA” period in my collection, but even it seemed lacking – since the Detroit output at the time was like a pipeline of #1 records. So, I got online and went to may favorite 100% pay-for-music place and acquired a collection called 100 Motown Classics, which contains, well… one-hundred Motown classics. I dropped it on the iPod early Sunday morning and waited with anticipation for a good time to indulge.

So that’s how a Sunday evening found Keaton and I dancing around the living room to an endless run of Motown classics, like something you’d see in a one of those movies chicks dig so much. You know, that done and overdone ubiquitous scene where a bunch of women dance around to an old-time rock ‘n’ roll record? Yeah… you know the scene I’m talking about – it usually happens in a kitchen, and nine times out of ten words will be mouthed into a wooden spoon. ‘Cept we were in the living room, and there were no wooden-spoon ersatz microphones, and she doesn’t really know any of the words. Still, it was fun.

After we’d danced ourselves out, we played with the loot she got from her birthday party that same day. I know, her real birthday was weeks ago – but we had to cancel and reschedule her party because she got sick when she and Sharaun were in Florida. So, today we met a bunch of her (and our) friends up at the kid-gym place for an hour running around on mats, somersaulting, balance-beaming, and all sorts of other Dad’s-gonna-end-up-out-of-breath -ing verbs. We actually had a great time, owed in no small part to the brevity of the whole thing. Putting an hour-and-a-half limit on it really helped, in my opinion, to keep it short and sweet – without being overlong for grown-ups and kids. And, Keaton took home quite a haul.

I’m mostly looking forward to playing with some of the water toys she got once the weather warms up, and am particularly excited about the junior-gardener set she got – including yellow, red, and green polkadot-ladybug bucket, spade, claw, and little matching gloves. I mean, even though I’m like 100% bull-male, I do enjoy rooting around in the garden – and it’ll be fun to have her out there in the dirt with me. She also got a Mrs. Potato Head, which I think is awesome. Although, Mr. Potato Head didn’t bother showing up… likely out at the Root Cellar again, watching those slutty college spuds peel themselves to pay their way through college or something… Meanwhile Mrs. Potato Head has to make due on the government disability she gets for having an ear where her mouth should be and a tongue sticking out from the top of her head (she really is a sight). Sad toys, really.

Keeping with the Keaton theme today…

You guys may remember (or not, I won’t be offended) I posted a while back about a somewhat disturbing new development on the Keaton front – when she surprised us by coming down with a stuttering “thing” rather out of the blue. Well, turns out it must’ve been quite the transient phase, because no more than a week or two later it’s now almost completely gone. Strange, maybe it was just a kick she was on… maybe she liked the sound of it. Guess we’ll never know, although I will say I’m glad it worked itself out and I don’t have to be “worried” about it anymore – even if it was secretly hilarious. Her speech, in fact, continues to impress me.

She’s currently spending a lot of energy making sure she gets her pronouns right. Each time she goes to say “he” or “she” or “his” or “her” or “your” or “my” or “I,” you can actually see her brain work overtime in an effort to get it right. Honestly, she impresses the crap out of me with the way she seems to figure things out, even to the point of correcting herself on-the-fly. Oftentimes, she’ll say something like, “Here daddy, I’m bringing his phone to you,” and then immediately correct herself by adding, “I’m bringing your phone to you.” Sharaun, of course, thinks she’s the smartest baby in the world, but I like to think that, as the dad, I’m a little more reserved in gushing over her language abilities (but I do my fare share of fawning behind the scenes). She is my little prodigy though, I’ll admit that. /Gloating.

OK, OK, that’s enough. Sorry it was so varied. Goodnight.