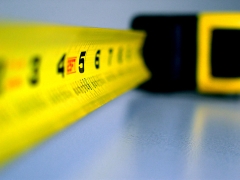 Happy Friday friends, relatives, and lurkers. Thanks for stopping by before the weekend. I managed to get a little bit of stuff typed out for you today, hopefully you’ll enjoy it.

All you guys and your photo-rich blogs, making photos the centerpiece of your writing, or forgoing writing completely for photos… you’re making me look bad. There was a time when I was uploading a new batch of pictures to Keaton’s gallery every Sunday night. Sometime, that slipped to every other week, then once a month, and has now settled into something like every month-and-a-half to two months. I think part of it is that we just simply don’t take the volume of snapshots we did in those first months, and the other part is likely my own laziness. Either way, I don’t expect it’ll change much… but, I did manage to get an update posted today, and you can check it out by hovering your pointy thing here and pressing the button on your mouse with your finger. OK, done looking? Let’s move on then.

I came home early today to work on the fence, work was light.

Oh, hey, that reminds me… did you guys know that, when you’re putting up a fence and you want to re-use the main between-posts sections from your old fence, it’s not a good idea to just assume that each section is the same is the rest? I mean, just because nine out of ten of your between-post sections are 91″ long, you better measure them all instead of just blindly setting all your posts, each in its own 100lbs of concrete, at 91″ apart. I’m just saying… it’s probably a good idea.

I mean, for instance, what if, for some ridiculously dumbass reason, the people who built your fence originally made 48 of your 50 between-post sections 91″ long, and, purely for the shit of it, made the other two sections 96″? What then? Know what? You’d be, like, 6″ off on your last post. Yeah, you totally would. Know what you’d have to do then? You’d have to cut down one section of fence, and somehow extend another. I’m not sure, but I bet that whole “extension” process would result in some pretty ghetto-lookin’ fencing when it was all said and done.

I mean, it’d probably be structurally sound and all… but, like I said, you should really measure each section you want to re-hang and then use those measurements to determine your between-post distances. Then, and only then, should you mark out where you want your posts and set them in concrete. Now, you can do whatever you want, you’re the boss here… I’m just sayin’.

Dunno if you guys managed to read my blog yesterday or not, but if not, I’ll give you a minute or two to scroll down and do so. Back yet? No? OK… Now? Good. Like almost all my entries, that one automatically posted at midnight last night. This morning, when I woke up and was getting ready for work, my BlackBerry made the “new personal e-mail” chime and I plopped down in front of the laptop to check it there.

Turns out an old friend from waaaay yonder back in high school had read the entry, sympathized with me (to the point of commenting), and decided help me out. In her mail, she attached some play money images she’d made, in what I can only assume were the few extra hours afforded to her by virtue of timezone differences. What’s so cool about them is that she actually cut and pasted Keaton’s happy mug right over the boring old dead presidents who normally grace our dosh. I just thought that was a totally cool thing to do.

And with that, I’m outta here. Hope you have a good Friday, Saturday, and Sunday. I know I plan to. Goodnight and goodweek.