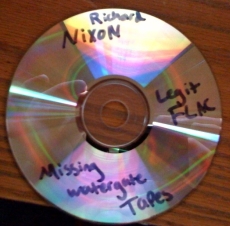 I actually wrote, post-posted (that’s like post-dating when writing a check, remember those?… and that?) this entry on Tuesday night.  I love getting ahead on a week of writing.

So anyway… I wanted to relate a funny story.

I’ll just jump right in:  Recently, a fairly good-sized brouhaha was raised around the fringes of the internet when a piece of software called Microsoft COFEE leaked onto one unnamed-here bittorrent website.  What’s COFEE, you ask?  Microsoft COFEE stands for Computer Online Forensic Evidence Extractor and is described by Microsoft thusly:

With COFEE, law enforcement agencies without on-the-scene computer forensics capabilities can now more easily, reliably, and cost-effectively collect volatile live evidence. An officer with even minimal computer experience can be tutored—in less than 10 minutes—to use a pre-configured COFEE device. This enables the officer to take advantage of the same common digital forensics tools used by experts to gather important volatile evidence, while doing little more than simply inserting a USB device into the computer.

Oh, so it’s a Microsoft-sanctioned “hacker toolkit” for cops.  Maybe something that would’ve been interesting to me back in college, but not anymore.  However, this little collection of software tools had become one particular bittorrent site’s coup-de-grace.  Sit back and I’ll tell you about it, hopefully in language plain enough that non-nerds can also get a kick out of it.

Maybe a bit of explanation on how some of the “higher echelon” private torrent sites work first (without revealing too much of the man behind the curtain):  Most better sites have request systems.  Simply put, if someone wants something, like the as-yet-unreleased new Strokes album in FLAC format, they can create a request for it.  Once this request exists, other users of the site can add their request to it by voting for it.  In addition to acknowledging that other users would also like to have the file shared out to the community, voting on a request also adds to that request’s “bounty.”  A request bounty is a user’s “reward” for scoring and uploading the item to the site.  It’s a bit complicated here to talk about what the bounty actually is, but those familiar with ratio-based trackers can likely guess that it’s a big ratio-positive.  For simplicity’s sake, think of this as everyone in a room putting a dollar (or perhaps more, as you’ll read shortly) on a table and pledging the “pot” to someone in return for them providing something.

Anyway, long ago on this torrent site someone requested COFEE.  And, over time, the request garnered more and more votes.  In a twist to the standard system, with every vote each user has an option to “pledge” extra bounty towards the eventual uploader (when a requester pledges extra, it comes out of their site “credit,” so to speak) if they are really keen on getting the particular item.  As time went by, the COFEE request became laden with more and more votes and higher and higher additive custom bounty from users particularly interested in getting their hands on the then fabled software. In fact, before the events of the next few paragraphs unfolded, the bounty on the item was enormous, easily the highest in the site’s history and enough to keep any uploader in good graces forevermore.  It seemed that people, thinking the request would likely never get filled, began pledging ridiculously large custom bounty amounts just to drive up demand and make the chase all the more fun.

Some user actually got COFEE and uploaded it.  Bam.  The site went wild; the uploader basked in fifteen minutes of internet stardom.  And then the moderators began thinking.  I mean, this tool is meant for the likes of the FBI and NSA… and here they were essentially “offering” a link to it (let’s not get technical about whether a .torrent file in and of itself is illegal or not).  Someone with brains came to the conclusion that this would 1) likely lead to some small amount of publicity and 2) that publicity would ultimately be negative for the site in general, as well as any users who might snag the software.  In the end, the moderators wrote, in part:

The resourcefulness of our users never ceases to amaze us. Suddenly, we were forced to take a real look at the program, its source, and the potential impact on the site and security of our users and staff. And when we did, we didn’t like what came of it. So, a decision was made. The torrent was removed (and it is not to be uploaded here again.)

Just to be clear: we were not threatened by Microsoft or any law enforcement agency. We haven’t been contacted, nor has our host. This was a decision made by the staff based on our own conversations and feelings about the security impact of having the software here. We know some of you, perhaps the majority of you, won’t agree with it. To those that feel that way, we can only offer an apology and the explanation that we removed it for your security, and ours.

This is not an indication of any policy or rule changes going forward. This is a one-time decision, for a unique situation. This is not something we will do with other torrents or requests. At this point, the software can probably be found elsewhere, for anyone who wants it. We hope you all understand, and will continue searching out those rare items which attract huge request bounties. Feel free to discuss this here, but this decision is final. Thank you, all.

A sound decision, and the right one, to be sure; and the makings for an interesting story which was ultimately covered fairly widely on a smattering of technology blogs and news pages.  And, they’re right… once the applications hit the internet the walls came down.  COFEE is now widely available, all over the place in fact… so taking it down from the one tracker that ultimately sourced it doesn’t really do anything but remove a single head from the hydra.  As they say, it’s in the wild now.

So, why did I write all this?  Other than being interesting to me, the whole event got me curious as to what request now reigned supreme at that site, being that COFEE had come and gone and taken it’s insane bounty along with it.  So I had a friend who’s a member at this illicit site (and who I don’t really like due to his felonious nature and lack of respect for more-than-fair copyright law) log on for me and check.  Know what’s right up near the top now?

When the White House agreed to comply with a Watergate investigation subpoena and hand over recorded conversations to Chief Judge Sirica, they informed the Court that two subpoenaed conversations had not been recorded, and that an 18½ minute gap existed on a third tape, tape 342, which recorded a conversation between President Nixon and Chief of Staff H.R. “Bob” Haldeman on June 20, 1972. The 18 1/2 minute gap can be heard here.

To me, this request is brilliant.  The comedy value is high, and the unspoken nod to the COFEE leak being ever-thought-of as unattainable is nicely relevant.  Not only that but, aside from kitsch value, it really is funny to see this request gaining votes and accumulating bounty.  I mean, who knows?… perhaps the internet as a collective organism has become enabled to do things far greater than the sum of its parts ever could.  Maybe some guy knows a guy who used to know a guy… and bam; Nixon’s tapes leak online.  Anyway, I thought it was hilarious.  Oh, and, anyone who knows a guy who might know a guy… let me know and I can probably find someone who’s a member at this horrible scofflaw website who’d love to get their grubby red hands all over this thing.

Well OK, it was a funny story if you’re an technology nerd… I promise.

One Reply to “it all leaks eventually”