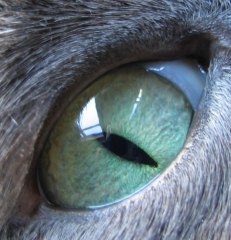 Work’s gonna be tough. Mind wandering. Not a lot of meetings Friday so not a lot of motivation to stay rooted in the office.

We leave bright and early, fly to L.A. first and from there on South to Mexico. Hopefully, we’ll arrive with time to find the Florida/LSU game on Mexican TV. Still have to pack; couple paperbacks, some swim trunks, jeans and a nice shirt for one night, a hat, sandals… who needs much more?

Maybe I need to expand a bit on my harsh-sounding anti-feline sentiment yesterday.  See, the cat has decided she is going to quit using her littler box and instead urinate and defecate on the carpet.  This doesn’t seem to be a one-time thing, either.  In fact, tonight, for the first time, I walked down our hallway and, at the end, smelled that worst-of-all smells: cat pee.  I knelt down and sampled the bouquet and sure enough that putrid overpowering stench was emanating from our carpet, right where the cat has designated it her new commode.  Let me make it clear: this won’t be happening.  Yes, haters, yes; I will simply get rid of this cat I nursed to life from a bottle as a kitten.  I’m not going to have an animal using the house as a bathroom; not gonna happen.

I accidentally set this entry to auto-post last night at midnight… and left it incomplete.  Not that it’s much more finished now, but at least it has a picture and stuff.  Blogging has been hard this week, cut me some slack.

That’s it then.  Mexico and cat pee.  See ya later.