Work today dragged. Ballin’ the jack for a full eight, broken up by Sharaun and Keaton coming to visit for lunch – which is always nice.

In my youth, I had a long leash. In fact, our little clique used to range far and wide around the modest town we came of age in. During those years, we had several places around town that were “special” to us for one reason or another. Most of these were quiet, tucked-away places, often deep in an undeveloped section of town still overgrown with Florida pine and palmetto. Various things drew us to the woods, but I think foremost of these is the simple, inborn, young-man yen for such places. Perhaps in our blood from generations before us, as places of privacy, shelter, safety, and free from prying eyes (i.e. good for mischief), every kid of twelve or thirteen will, at some point, find themselves having a “place” in the woods. We had plenty.

Something got me thinking about all those places we used to haunt today, and I decided to write a bit about them. Since you can find anything you want on the internet these days, I wondered what might be recorded online for all to see that was related to those sacred places of my youth. Curious to see how they’d changed, or stayed the same, I started plodding through Google… viewing these ghosts of hangouts-past from above and from the ground – and through the miracle of modern technology almost being able to stand in those places again. Before I knew it, the idea took root and I ended up spending way too much time on this thing.

So, introductions over. Come along and take a pictorial tour with me, we can visit those hidden places where the magic happened way back when… 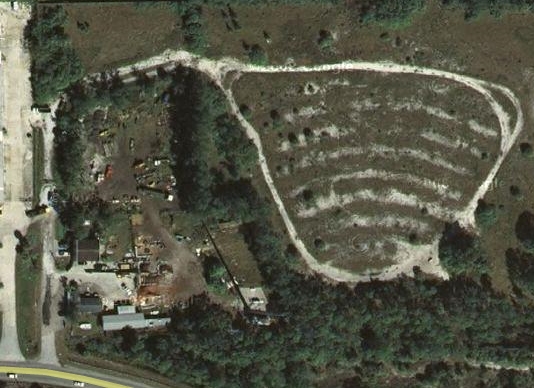 Back in highschool we used to head here at night to party.  It’s an old abandoned drive-in movie theater, and you can just see the humps/rows where the cars parked to face the screen.  There used to be some old light poles out there too, but no trace of the big screen.  A lot happened at this place… and I’ve written about it more than once here. 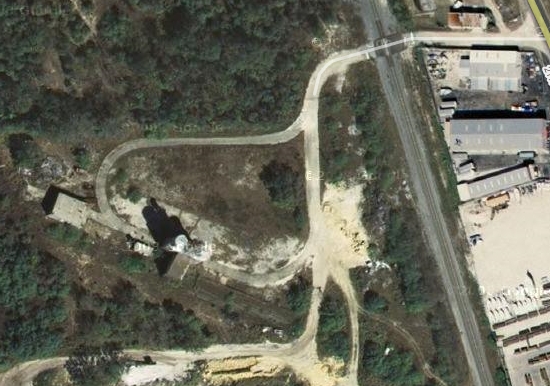 Aerial shot of the abandoned cement factory we used to play around at.  That structure to the far center-left of the photo is what we used to call the “groovy barn.”  You can see the long shadows cast by the tall silos just southeast of it.  The main buildings, to the right of the photo and across the railroad tracks, are now being useed for something else…  Read more about our adventures at Rinker right over here. 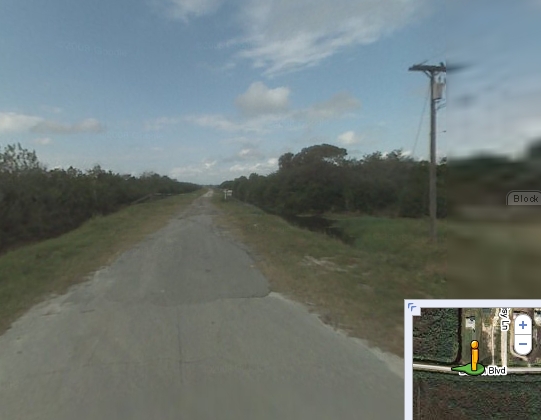 The end of the road.  A place where even though the pavement ends the kids keep driving, to find somewhere private.  This place was called, fittingly enough, “Barton extension,” and we had tons of good times out here in the dark.  I watched  a bunch of guys pick up a car and flip it into that ditch on the right one night… not sure what the poor dude did to deserve that. 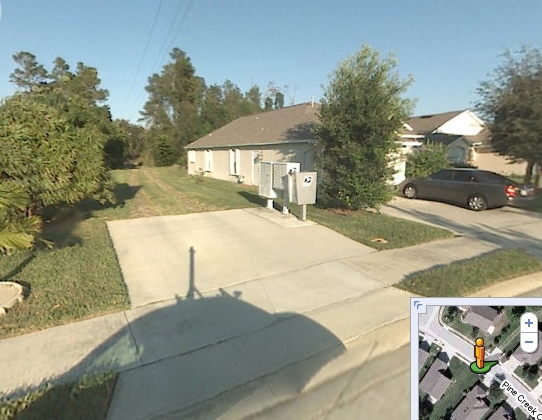 The most infamous access road at Astrokalickrama (if that means nothing to you, you can read my badly written memories of the place here).  Just a neighborhood now, but in all honesty I’ve probably never been more scared in my life than I’ve been while walking down this road all alone in the woods.

An aerial shot of that little Astro access road from above.  Behind these new houses you can still see the little substation thing in the woods.  Right around that bottom-right house is the concrete drain thing with code.  Wonder if it’s still there…

Astro again.  I overlaid the old aerial shot I have on this to see where the rune-covered crushed Volkswagen used to be, turns out it was right in the middle of the dry pond area at the center of the loop of houses. 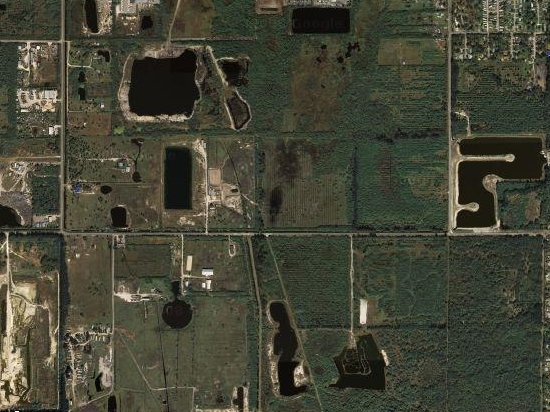 See those two odd-shaped ponds near the bottom, down and to the left of that strange perfect-circle body of water?  Those are old quarry ponds on the outskirts of town.  Way back when, the sites seemed to be abandoned in a hurry, and there were construction trailers and a huge crane just left to rot.  I can almost feel the fear taking over me again as I remember climbing the rusted boom on that forgotten monster, hundreds of feet into the air as the wind whipped our clothes.  Pure adrenalin, pure invincible youth.

This is 5th Street.  It was less fancy back when we frequented it, but it was our favorite beach haunt.  We’d drive here with the girls and a bottle of Boone’s, and let the hormones and cheap wine decide the night.  There’s stuff that happened here that people still deny ever happened to this day.  Yeah, I’m talking about you. 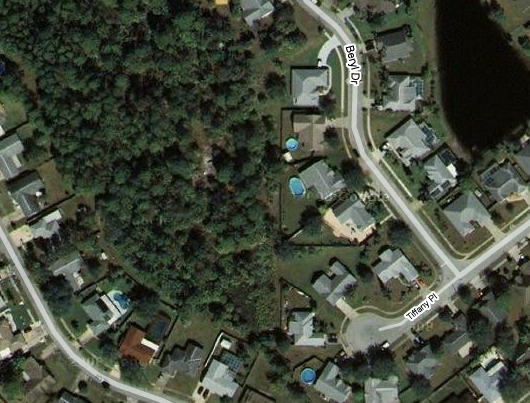 The road that curves through the bottom left corner of this pic was the road Kyle lived on for a few years back in the day.  Every single house at the right of the shot is new, and that entire area used to be as wild and wooded as the thick copse of trees you see dividing the two developed areas.  However, it appear that, to this day, our little “campsite” is still there tucked away deep inside the trees.  See that light spot near the center of the tight trees?  I’ve written about it before… 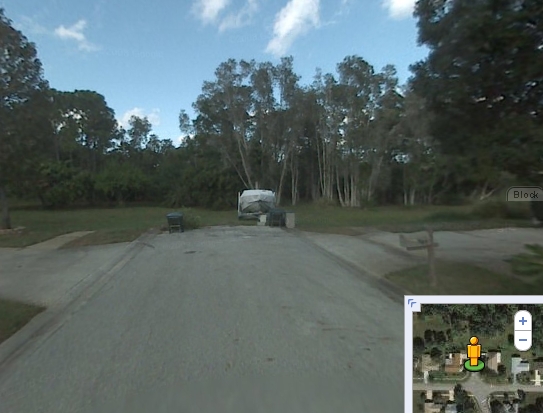 This little road just ends… and the thick woods immediately behind it used to be full of fun for us.  Trails where we could ride our bikes and jump little burms, all sorts of interesting discarded items, right down to a moldering old mattress where many a boastful young man bragged about bedding many a loose middle school girl.  I doubt that part was true, but the trees and hollows did provide excellent cover for sneaking a stolen Marlboro or three. 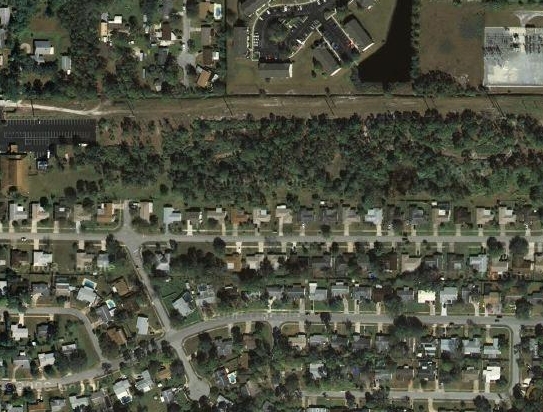 Aerial shot of the dead-end road from above (about a quarter of the way across from the left near the top is the spot), and you can almost make out the trails winding through the trees behind the rows of houses.  Fun trivia fact, those woods burned more than once under suspicious circumstances.  Fun trivia fact, that large brown structure to the extreme left with the parking lot was the church I ended up going to Sharaun with years after those mysterious fires threatened to destroy it. 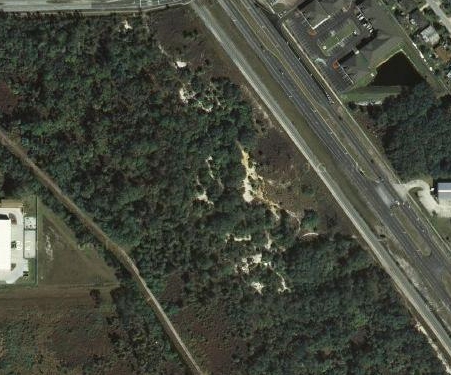 See the sandy washes meandering through the trees?  We called this place “The Pits” back in the day, and I bet there will be highschool kids drinking malt liquor there this weekend.  I’ve written, in a tangential way, about this place before – as it was the place we asked our fellow Satanists to meet after they “stole forth,” all part of our Satanic Flier prank.

My old street. This view, walking away from our old house, is burned in my memory forever as the beginning to so many adventures.  A walk to Robin’s house for some tomfoolery; a walk to Kyle’s house for some new tunes; a walk to Desi’s, to Shawn’s; to anywhere.   Sometimes, just a walk to clear my mind.  What a great place to discover who you are.

Well then, See I told you I got a little carried away.  It ended up being a lot of fun, which is the kind of thing that motivates me to write. In the end I left off about six more images because I thought it was just becoming all too much… maybe I’ll revisit the idea one day.  I really do wish I had some pictures of the places from their heyday (or at least our heyday), would be such a neat thing to look back on them as I really remember them.  Anyway, hope you enjoyed it.

And now, it’s time for me to read a little from my books and hit the sack.  Goodnight, love ya.