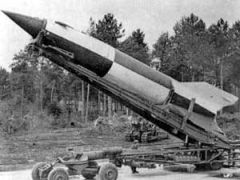 Friday and I’m passionate for the weekend.

I have to work from home today (which is tomorrow as I write, being that I do all my keybanging the night prior to an entry) for two reasons:

1) We’re doing the introduction meet-and-greet for the gradeschool e-mail pen-pals thing I volunteer for at work.  So I get to meet my kid tomorrow.  If they really do pair us up based on the questionnaires they made me fill out I expect to get a kid who plays no sports, loves math and science, and whose hobby is “writing.”  Holy crap I’m gonna get the hugest nerd y’all…

Anyway, 2) Sharaun is leaving for her New Kids on the Block concert around midday.  It’s her big several-hundred dollar VIP package, complete with her own meet-and-greet.  For her, I seriously think this is a childhood dream come full circle.  And no, I did not give her permission to sleep with any of them were she to be invited “back to the bus.”

Actually, I’m home alone right now because Sharaun is at (guess… c’mon… guess) a New Kids on the Block concert.  Yeah, tonight is the first of three.  Two back-to-back and one later this month that she’s flying to Florida for.  Sigh… at least I got to have the TV off all night, the iPod on, and play with Keaton…

And, since we’re on the topic of dreams (well, we kinda were… somewhere back there…) I had an insane and frightening one last night, and it was so vivid upon waking I figured it might mean something. Now, bear with me because dreams aren’t always quite linear… but here goes:

Sharaun and I somehow got free tickets to see a hip-hop/rap act play in some highschool auditorium in San Francisco. In my dream I knew who they were, some very popular radio-staple act like Lil’ Wayne or something. Anyway, it was some kind of “secret” show I think…. We arrived and stepped into some glass-walled booth above the stadium-seating style auditorium, where we’d watch the show.

The place was filled with highschool kids sitting very reserved in their seats waiting for the show to begin. As the house went dark I could see shadows taking their places on the stage, and when the lights came back up and the beats kicked in the place went wild. Kids tore the backs off their seats and started a frantic teenage riot, trashing things for the sake of trashing things.

Immediately, authority figures in the form of what I assumed were teachers and administrators swept in from the aisles and quieted or restrained the unruly kids. The show was stopped and everyone was ushered out of the room. The entourage on stage walked off in disgust and ended up joining us in the glass booth. Being less than interested in hanging out with Lil’ Wayne and his crew, I opted to walk around instead – leaving Sharaun there (this has got to be a dream, as no married man would ever in real life leave their wife alone with Lil’ Wayne and his boys… that’s just not a good idea).

Upon wandering, I met a doctor (I know, it moves fast here) who said he wanted to talk to me about my medical history… and had some forms for me to fill out. We decided to step outside and have a seat at some tables there to go over the results. As we sat talking, I was facing the street and he had his back to it.

Suddenly, and this is the moment in this dream that made me write about it, behind him in the air I saw something huge falling through the sky.  Doing a double take, I could see what appeared to be a huge rocket drifting down with a large parachute trailing behind it. Despite the parachute, the massive thing was sailing down at a pretty good clip. I remember think that no who hadn’t yet seen it as I had would even know it was coming, as it was completely silent as the parachute lowered it through the air.

I watched in confusion and growing horror as it moved from top to bottom across my vision, crossing the imaginary line formed by the tops of the buildings flanking the very street we were sitting along, drifting towards the busy road. It was then I realized just how close the thing actually was to us, it couldn’t have been more than a quarter mile away – just down the street. And, by the time I realized it was nearly on top of us and was going to impact it was too late.

I sat and watched helplessly as it crashed nose-first into the street with a tearing shearing sound of twisting metal. I can remember expecting an explosion just before one came, and I swear I could feel the heat from the fireball in my dream – it was that vivid. The explosion didn’t destroy the rocket, however, and the thing, still stuck nose-first into the ground like a fallen arrow, began spewing forth a white mist – which came shooting out of it at high pressure.

At this point the doctor I was sitting with jumped up, pulled the neck of his shirt over his mouth and darted back inside the building. I followed suit, but the mist was so thick and quickly enveloping neither of us made it inside before being swamped in it.

Once we did get inside, the air was already getting fuzzy with the stuff. I can remember running around trying to find Sharaun, terrified that I wasn’t with her when this happened. In my search for her I somehow must have ended up back outside, where the air was now clear and by now there fireman cops and ambulances arriving en-masse.  I can remember helicopters circling overhead, and tons of people were milling around confused.

Suddenly, one cop got on a megaphone and announced loudly that they would be “offering heat treatments” to anyone who wanted them, and explained a “heat treatment” as a precautionary immunization/sterilization for those exposed to whatever may have spewed from the rocket. As he explained this, he was holding above his head what looked like a stun-gun – nodding towards it so we could see how they’d deliver the “heat treatment.”

After he spoke, several cops, each with their own “heat gun,” who’d now dispersed amongst the crowds began asking, “Who’s first?” I watched as the first person stepped up: The officer pointed the device at him and fired, and like a stun-gun two prongs attached to his body, trailing wires back to the “gun.” The man convulsed and screamed, and I heard the same happening all around me.

I decided I did not want a “heat treatment” and began to try and slip away from the action. But before I could get away, an officer approached me with his gun at the ready. I remember saying I did not want a treatment, and he told me it was not optional right before I felt the prongs latch onto my forearm. I can remember dream-feeling an intense heat bloom over my entire body, and screaming as the heat became unbearable.

Anyone got some interpretations for me?  (In before “vote McCain.”)

OK moving on.  Yesterday (which is today as I write, because… you get the drill) at work stunk again, and at some point I began singing the lyrics to a great song that seemed so fitting.  It’s called “Moving Units,” and the part I was reminded of  by my day at the sawmill goes something like this: