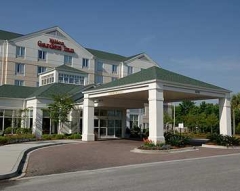 Safe and sound in South Carolina (bonus points for alliteration).

A happy Monday evening to you, folks. My day began early and looks to be ending late – at least when you take timezones into account. Going on eleven here in the SC, and I rolled my butt out of bed at 5am this morning back in sunny California. A couple of flights later and I touched down in the land of Cracker Barrel, Waffle House, and “smoking or non-smoking?” (Funny how you forget the little things.) Got to the hotel around seven and headed right out in search of some sustenance. Hit a local seafood joint the hotel-guy chatted up and wasn’t too disappointed; had scallops and vegetables – I love scallops. Also enjoyed some fermented grains, as travel often demands.

Right now some Pink Floyd is playing. But, not just any Pink Floyd, mind you, no. This is a live performance of their classic Dark Side of the Moon LP for BBC radio in 1972. It’s one of the most widely lauded Floyd bootlegs of the time period because the sound quality is simply amazing, and the live interpretation of the album is inspired, presenting a welcome change to fans who’ve memorized every single note of the storied long-player. It’s making a great hotel room soundtrack for the short time I’ll be awake prior to crashing. Anyway, if you simply have to hear it now, just turn to your friend and mine, Google, and hit this link for tons of win.

Before I get much more into this whole thing (not sure how much more I have in me, actually), I wanted to go ahead and do today’s “In Pictures” bit. If you’ll remember, I’ve chosen to document this week not only with my typical words, but also with images. I know it’s sort of anti-climactic to see only a couple pictures from each day, but really… today was sort of boring to begin with – some eight hours of traveling doesn’t really provide a wide and varied backdrop for composition. Deal.

Here, then, is my Monday… in pictures:

Now that that’s over – what I really wanted to write about tonight.

So, on the plane today I somehow got stuck with a middle-seat (stupid United booking tool isn’t supposed to do that to VIPs like me). Anyway, I had my iPod on for the entire flight, so I wasn’t really interacting with the seatmates to my left and right, nor was I paying much attention to Alvin and the Chipmunks. In fact, between playing Ms. Pac Man and solitaire on the iPod, about the only thing I was doing was looking around the plane, watching people.

At some point during the flight I noticed that of the three seats in front of me, only the guy on the aisle had reclined. This created a little “gap” through which I could see most everything he did. I only mention this because, shortly after recognizing my voyeuristic opportunity, the guy actually began doing something worth watching. Pulling out his handheld PDA, he fired up what looked to be an e-book application, and several lines of large-print easy-to-read (even at my distance) text filled the screen of the device. At first I took notice simply because reading e-books on a PDA is something you don’t see to often, although it’s a use-model the marketing folks at Amazon would likely have us believe is widespread.

And, when I say he made no secret of his reading, I’m serious: He even continued reading when the stewardess took and delivered his drink order, PDA screen held in front of him where anyone with eyes close enough could read it. Outwardly, he was a totally regular fellow, the kind of guy you’d sit across the table from in a customer meeting, the kind of guy you’d ask to make sure he had his report to you by noon Friday, pretty unremarkable. Had he not been reading gay torture porn, I’d have been unsurprised to see him browsing an e-book edition of the NY Times or Grisham or playing e-sudoku. But nah… not for my guy, only the hardest-core freaky-freaky for him.

As for the story, I was actually able to pick up quite a bit of the plot: A man has been captured and made a sexual slave to several other men. He is kept chained up and is renamed “Nancy” by his captors (I’m being entirely serious right now, this is exactly what the story said). He is a heterosexual male, but his new masters make him do homosexual acts as part of his enslavement (which, in an entirely shocking twist, he eventually learns to enjoy). In addition to “attaching” him to various medieval-themed torture devices (chains, collars, weights, etc.), the “masters” give “Nancy” daily hormone injection shots so that he’ll grow breasts. The writing was really rudimentary, all action, to-the-point and brief to a fault. For your benefit, I won’t go into any more detail here, but rest assured it was about as exploitative and explicit as it could be (maybe that’s the only flavor this literature comes in, who knows).

And guys, I wanted sooo bad to snap a picture of the guy reading his gay S&M smut for today’s “In Pictures,” but the BlackBerry doesn’t provide a way to snap pictures without an accompanying faux-shutter “click” sound that’s fairly audible to those in close proximity. I doubt the S&M guy would’ve heard or suspected, but it was bound to look odd to the guys sitting right and left of me. So, I chickened out – but I swear every word of the story is true. Funny what people dig, you know? You just never can tell…

(And… Kerry, if they don’t block me today, I consider it a blank check for the future).

Goodnight from the dirty south friends, I’ll have a bowl of grits ‘n’ cheese for you tomorrow AM.