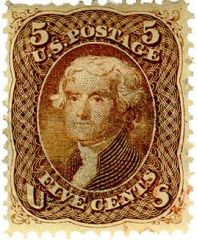 Monday night. Two glasses of wine into the evening alone, and fresh off a late burst of cleaning to recline sweaty on the couch and tackle a blog for the day. Think I have it? I do. Let’s go.

Just last week, my frustrations with the state of my little postage-stamp of Northern California real estate had reached a pinnacle, and I was ready to pay hired labor to get things in order. On my list: fix the fence, do some landscaping to a small patch of front-yard land which has lain barren and weed-ridden for four years now, and re-plant the slope above our retaining wall in the backyard. I had become so fed up with it all that I actually began making phone calls and leaving voicemails requesting free estimates.

The Lord, however, deigned that this was not to be the road He’d have me take. No, instead, the work I reluctantly began on Saturday fixing the fence was meant to invigorate me anew, to stoke the coals within me and make me remember that, when somewhat motivated, my own hands work just as well as a paid laborers (albeit more slowly and less confidently). . The relative ease of the task has inspired me, and I’m once again motivated to do some work on my own behalf – starting with that landscaping in the front sideyeard. Time to order up some dirt and rocks (I still refuse to believe I actually pay for dirt and rocks) and get started. Maybe my house won’t be referred to be neighbors as “that blight on the corner” anymore… well, maybe.

Oh, I’ve been meaning to mention – my wheat finally started wheating, or wheated, or whatever. Yup. While I’d still be hesitant calling the experiment a smash success, at least I’ve got seedheads on a few stalks now. Seems they really did need the slightly warming weather and extra sun (which makes me wonder if I really did get “winter wheat” seed or not). But, with the thirty or so individual grains I should be able to harvest before I have to clear the soil for Spring planting, I figure I can make one heck of an oyster cracker or something. Maybe one really thin Wheat Thin? Eh, like I said when I started the whole thing, I can still just mill the seed I bought to plant in the first place – and I likely will do that as the base for this Spring’s attempt at a sourdough starter. It did make me happy though, that the thing wasn’t a complete failure (pretty close, but there’s still time for more seed to show I suppose).

Before I go, I wanted to pass along this awesome photo-essay (NSFW) I found linked from Fazed. Be warned, it’s very not safe for work – but I found it extremely… hard to stop looking at. As one commenter put it, “compelling and disturbing.” I know it won’t be everyone’s cup of tea, but I seriously found it brilliant, beautiful, and sad, in a I-am-human kinda way. Maybe bookmark and save for when you’re on your own internet dime… if you dare.

One Reply to “wheating, or wheated, or whatever”