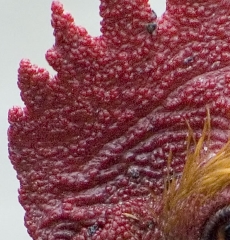 A Monday evening greeting to you, blog readers. Hope things are well on the other end of the internet. Me, I’m sitting on the couch after watching the BCS championship with friends. Sharaun and I have assumed our standard post-repast evening roles: her watching TV, me half-watching TV with the laptop in my lap. We should really shake it up a bit, maybe play Twister or something… y’know… go wild. Today, I’ll regale you with some cutesy tales of Keaton and I. In fact, let’s go ahead and do that right now…

This past Saturday, I decided to clean out our much-neglected garage. I do this on something of a “cycle.” Knowingly letting things pile up on the workbench and around the cars, stacking boxes on the ground haphazardly, and ignoring the tufts of mown and dried grass that start to amass in the corners. Then, every few months going in and doing one big “sort, purge, store” operation. I’m actually OK with letting the garage go like this, it is the garage, after all, so I don’t mind if I can’t eat off the floor.

Anyway, I was in there Saturday rocking out to the iPod plugged the 1970s receiver, courtesy Goodwill, working away while it rained outside. At some point, I had to go back inside. Upon returning to the garage, Keaton ended up following me out. Since I had pulled both cars into the driveway so I could maneuver the ladder around and stuff things up in the rafters, she had the whole room to run around in. She brought her little stroller out, and began walking in circles in the middle of the garage while I worked. Soon, she began dancing to the music, and I just couldn’t help myself: I abandoned my garage work and joined the rainy-day garage dance-party with my daughter. We danced circles around that garage for a good fifteen minutes, and it was positively one of the best times I’ve had in my entire life – hands down.

And, if that weren’t enough heart-meltiness… here’s another one for you.

This morning, while leaving for work, Sharaun had Keaton in the bathroom sitting on her little potty. She was stark naked since she had just woken up and Sharaun took off her overnight diaper and pajamas. As I walked down the hall towards the garage, I stopped at the bathroom to tell Sharaun goodbye and give her a kiss. Since Keaton was occupied, I told her I loved her too and would see her later. She said, “Bye-bye Daddy!” and I headed off.

A few more steps down the hall I hear, “Kiss!,” and turn around to see the cutest buck-naked almost-two-year-old girl in the world bounding towards me with her arms out. My cheeks neared a complete loss of structural integrity from the sheer breadth of the smile on my face, and I squatted in a catcher’s position to received first a wide-armed hug, and second a nice juicy kiss smack on the lips. As far as I’m concerned, it was the best start to a day that anyone could ever ask for.

Oh, before I go – I wanted to let you know that my Enzyte arrived in the mail today (for background on the Enzyte thing, read here). That means that tomorrow will be my first day “on the pill.” I’ll try my best to make tomorrow be the day I debut my progress-tracking methodology and baseline status – so we can all get involved in the experiment from day one. Because, I know, you are just as interested in this as I am… right?

OK beautiful people… until the next blog, much love and safe-keeping. Goodnight.