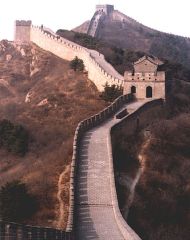 On the way to Shanghai, some seven hours left to go – and I can’t sleep. For the first time in over a year, I’m stuck in coach – rubbing dirty elbows with the steerage because I didn’t fly enough last year to keep my 100k status. It’s OK, because I didn’t fly for a very good reason (my #1 thing: Keaton), but I’m almost wishing I used my miles to upgrade. Luckily, a stewardess took pity on me and rescued me from my original middle seat, placing me instead in a row where myself and my rowmate got an empty middle seat to spill over into. That was nice of her, and even nicer were the two bottles of vodka she provided for my Bloody Mary. I mean, so far it ain’t been that bad.

Last night I had two of the strangest dreams I’ve had in a long while, and they were the vivid memorable kind so I decided I’d write them down. First, the cow dream. I’m sure there was more in the way of exposition, but I only remember from a certain point on.

I was on a farm, in a pen with cows. A friend of mine who’s from ranch-family stock was there with me, along with her husband. They were showing me how to feed cows. They had a machine which looked like a shop-vac: a little R2D2-esque container with a long hose attached. We hooked the hose into the stomach of the fattest cow (this meant “plugging” it into the cow’s underbelly, a process which I did not find odd at all as I dreamed it).

We then turned on the machine, and sucked food from the fat cows belly through the hose, which we moved in turn to each of the other cows to eat from. Everything was going fine, the hose was belching a thick mixture of half-digested alfalfa and grass, and the cows being fed were happily slopping it up. Suddenly, there was a clog in the process. We inspected the hose, reaching down to unclog the mess. As we did, we pulled out handfuls of white stringy mess, a goo-covered fibrous stuff, like long mucous noodles. We pulled and yanked, confused as to what this material was. After some more pulling, we finally reached the end of the mass of cords and yanked out the clog-causer: a larger organ attached at the end to the fibers. My friend turned off the machine as we stooped to examine the thing, a massive tumor of tissue.

Our resident cow expert cut into the mass, which turned out to be thin-walled and hollow – and on the inside (and this is the big finish, by the way) were several (four or five) little “creatures.” The looked like Chinese dumplings with rows of sharp teeth, and they were attached to the inner walls of the nasty mass that’d been clogging the hose. The little parasites were obviously malicious in nature, I knew this in the dream. They were attached to and eating whatever it was we’d pulled out. About this time I looked to the fat cow, the one we’d hooked the hose to – and noticed it was nothing but a deflated mass of skin. Then I realized, we’d sucked out all the cow’s entrails, right down to it’s diseased heart which we had then dissected. We’d gone to far, killed then thing by sucking it’s guts out.

Seriously, what is that all about?

Well, I’m on the ground in Shanghai and, against better judgment, am all cleaned up and dressed to go meet an old buddy for some beers and food. You’d think that any sane person would step off a thirteen hour flight and fall straight-away into bed. Yeah. You would think that. Tomorrow is a full day at work, and a packed evening afterwards as well – so I’ll try and sneak some bloggin’ in where I can. I left our camera at home with Sharaun so she can take pictures of Keaton, and I plan to either borrow a friend’s camera here or just use my cellphone if it comes down to it. Either way, I hope to get some pictures up later in the week.

Until tomorrow, I’m off to drink Chinese beer and eat Chinese food in China. Goodnight.