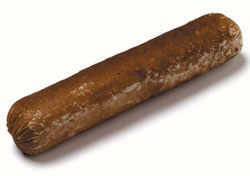 Sunday night and I fly out to Colorado tomorrow, it’s gonna be freezing. This intro isn’t going to be very long, I wrote down a good story this weekend and want to get right to it. If you’d like, though, before you get into it, you can check out Keaton’s gallery, where I’ve uploaded another set of new pictures (thanks to Sharaun for her diligence in taking some great pictures over the week). You can check out the new images here, enjoy! Now, I’m off to pack a double-overnight bag (don’t forget the jacket) and get some sleep.

When I was in the seventh grade there was a guy named Mike Fahey, he was a grade older than me and was generally well liked by the girls. The girls thought Mike Fahey was cute, he was taller and slim and had a kind of olive skin. He had a crop of curly black hair, and the silky little clumps of curls would jiggle like Jello when he ran – the girls probably loved that too. He wore Drakkar Noir, we pronounced it like “Jakar.” Every boy in that junior high wanted to wear Jakar, Jakar drew the girls like honey, they said.

I wasn’t really jealous of Mike Fahey or anything, in fact, I didn’t really care one way or another. He wasn’t the kind of guy I envied. I envied more the guys who could play football and baseball and whose armpits stank after gym. I also envied the guys with the long hair and jean jackets covered with Iron Maiden and Metallica patches, but not as much as those “all around” kids. Either way, I fit in pretty well, and by 8th grade I fit in perfectly. It was my jokes you know. I was a fast wit, and I was that kind of stupid-daring that adolescent boys admire. I’d make jokes out loud in class, right in front of the teacher. I like to think the kids thought me daring, funny, and a little “bad.” So, even though I couldn’t throw or catch and didn’t wear a jean jacket with heavy metal patches, I still ran with all the guys. But this story happens before all that.

Mike Fahey had a little brother called Nick. Nick Fahey was in sixth grade and he was the antithesis of his older brother. He was runty and small, fairskinned and freckled with plain old coarse brown hair. He would’ve been otherwise unremarkable were it not for the overly obvious differences between he and Mike. I’m sure he dealt with it every day, the kid that was only noticeable because he was plainly not as attractive as his older brother Mike, not as tall as his older brother Mike, didn’t have his older brother Mike’s lush dark curls. He was about as much not-Mike as anyone could be. Mike had long legs and could ran fast, Nick was short and tiny and couldn’t keep up. Mike wore tight-rolled jeans and fancy shirts and Jakar, Nick wore shorts and a t-shirt and no cologne at all. I think, if I was Nick, I might’ve done something about it too… it must have been hard being not-Mike.

And Nick did do something.

I had gym first period, me and some other sixth graders had our lockers on the bottom row, the ones nearest the ground. The older kids made sure of that, they got the upper lockers so they didn’t have to kneel down to get their clothes in and out, and they could hang their balls on the backs of our heads because we did have to. The older kids liked to mess with us. They’d hit us and fart on us and smoosh their sweaty clothes into our faces, not to mention the balls on our heads. It was OK though, because they weren’t really being mean, they were just being boys, and we knew where we stood. In two years, we’d have our own bottom-locker pussies to hang our balls on and fart on. Boys are like that, you know.

One morning, some of the older guys came in laughing. “Have you heard?,” they asked the other older kids. “Nick Fahey walked into the bathroom at home this morning to take a piss while Mike was in the shower”, one of them said. “Yeah,” another chimed in, “and he’s telling everyone Mike was in there jacking off!” The boys rolled with laughter. “Omigod,” they said, “Holy shit!,” they said. “Can you believe that faggot?,” one asked. “Only gay faggots beat off in the shower,” someone said.

Now, I must admit that, even by that tender age, I was quite an experienced masturbator. I learned early, I was self-taught. I don’t know how most guys find out, maybe from a friend or a magazine or something, but not me – I just kinda lucked into it once. After that, it was a regular practice for me. “I can’t believe Mike Fahey is a fucking fag,” someone said. Everyone laughed. I laughed too, even though I beat off in the shower, probably that very morning. But hey, I laughed.

Little not-Mike Nick Fahey was telling the entire school he caught his big brother beating off in the shower. What’s worse, somehow, probably because of those three older idiots in my first period gym class, the rumor had grown to say that Mike was not only a dick-jacker, but worse – that he was gay. Personally, I have no idea how that jump was made by any of us boys. I’d bet money that each and every one of us in that locker room had closed our eyes and worked out our own bodies to thoughts of Alyssa Milano or that girl on the car in the Whitesnake video or Ms. Banks, our Geography teacher.

Oh man, Ms. Banks. I used to sit in class and daydream about eating her out under her desk while she sat and taught. No one else would know I was down there because the desk was closed from the back, and Ms. Banks would have to keep a straight face and try and teach through her ecstasy. I didn’t pay attention much in Geography class, I was too busy eating out the teacher in my head.

But those guys, all those guys masturbated, I’d bet my life on it. To make that jump, to call Mike gay for what they all did in the shower or under their covers or between the couch cushions – that was mean. And poor Mike, not only exposed for a masturbator, but worse a gay masturbator. For some reason back then, masturbating meant you weren’t getting girls. I mean, if you had to get yourself off, you obviously didn’t have a girl who could do it for you. Maybe this is where the gay thing came from, I’m not sure. Maybe it was because Mike dressed well and was popular with the girls and wore Jakkar. Maybe it was because his hair always looked so healthy and he was so tall and could run so well. I think it was all of that. If I noticed it, so did the other guys. What better way to take down a guy like that then to turn all his assets against him? He wears nice clothes because he’s a priss, keeps his hair nice because he’s a fairy, wears cologne because he wants it in the butt. Mike Fahey, as elevated as he was, made an easy target for jealousy.

That morning I imagine Nick Fahey was living a dream. The older kids crowded around him between classes, asking him to tell the story about his gay brother Mike jerking it in the shower. Nick smiled and bounced around anxiously, telling the story to the rapt crowd of guys who were slapping each other on the back and guffawing. Girls listened too, but they pretended to be disgusted or sad for Mike, they made “tsk” sounds as if to say, “What a shame!” They reacted this way because they were ladies, but they listened intently with bright eyes – they wanted to hear about this thing, this thing boys did in the shower with their own parts, they wanted to know – I was sure of it.

I didn’t actually see Mike until lunch that day, he looked beaten. His normal straight posture had changed, he was weary. Even his shiny bouncy curls looked limp and dull, he shuffled more than walked, his Jakar suddenly smelled a joke, like he was trying to cover up a stench. Poor Mike. People came up to him, girls to comfort him and tell him it was OK what he did, and it was OK if he was gay or whatever, or that they didn’t believe a word of it. Girls were always nice that way, must be how they’re made. Guys came too, mostly to point at him or call him a fucking faggot or make fists in front of their crotch and stroke an imaginary cock while screwing their faces up in pretend pleasure. “You like that, faggot?,” they’d ask, beating off their invisible cocks. Mike Fahey was destroyed. Mike Fahey was a man at the end of his rope, a man on the edge, an angel cast from the highest cloud in Heaven. Mike ate alone that day.

In the afternoon, word got around that Mike Fahey was going to kick his brother’s ass; his own brother. Mike had been setting people straight, telling them the real story. He said Nick made it all up, he hadn’t been jacking off in the shower, he had just been showering like anyone else. He wasn’t gay either, in fact he had sex with girls all the time, he said. Mike’s own reputation saved him, I think. People already thought he was a suave ladies man, it was harder to accept the new gay masturbating Mike than to just keep on seeing him as we always had. He probably could’ve recovered with propaganda alone, dispelling the rumors and sticking up for himself. After all, it was just his runty little pissant brother who was saying those things, why should we trust him? Yeah, he probably could’ve recovered with words alone, but I think he was smart to seal the deal with fists.

After school Mike beat his own little brother’s ass. Not a typical older-bother vs. younger-brother thing, this was an all-out fistfight. Nick Fahey never stood a chance. Mike towered inches over him, was older and stronger and faster than him, and had all the anger of a day spent as a faggot masturbator behind his blows. It was a good fight, Nick got a bloody nose. Afterward, Mike wasn’t gay anymore. And, even though I’d bet most people still believed he did get caught jerking it in the shower that morning, no one seemed to care anymore. He’d proven himself according to the law of boys by fighting his problem and winning. And anyway, maybe people were a little happy that jerking it in the shower didn’t make them gay, that’s not a bad thing for a teenage boy to not have to worry about.

Many years later, my estranged best friend would be suspended from high school for going down on Mike and Nick’s sister in the girls bathroom when they should’ve been in class. But that’s another story, and not mine to tell.