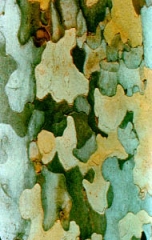 Welcome one, welcome all – to the sounds familiar blog. Now with recent-fad relevancy! Sounds familiar is your one-stop-shop for online predator sting operations, drifting, black-haired Britney, and the World Cup.

I don’t feel like I’ve been doing any “good” writing of late. That “Lion” bit the other day was some attempt to make myself feel good about my writing again – to move this blog out of the “went here, did that, had fun” doldrums and bring it back to something a little more interesting. To renew the storytelling aspect, maybe focus a little more on the writing and less on the material (if that even makes sense). I really do enjoy flattering myself by trying to “write good.” I get happy if my words flow well, if the sentences bring across ideas with unique words or interesting structure. I do abuse punctuation, and love a good run-on, but it’s the way my mind likes to see its thoughts put on paper. I can’t promise much, as my writing tends to reflect my mood, and is always a struggle between how badly I want to get the thought down vs. how pretty I want it to sound.

Slightly related, I had another friend ask me the other day how much time “blogging” takes me, “How much time per day,” he asked. I’ve been asked before, and I never have a really solid answer – I suppose because I just don’t think about it too much. This time, the curious friend asked if it was something I had to consciously work at or if it was now a firmly entrenched habit. I guess that one is easier to answer than the “how much time” one, as I’m fairly certain this blogging thing is definitely now a habit – nay, a compulsion, obsession. Even on the days I don’t write, it’s not because I don’t want to write – I always want to write. I don’t write because there’s just nothing I can bring myself to write about, and what’s more I actually feel bad about it. I’ve come to take pride in posting regularly, and more than fearing a disappointed audience, I don’t like breaking my “streak.” Anyway… back to the question of time-spent.

I’d guess I spend, on average, and hour and a half each day blogging. Sometimes less, sometimes more. I write mostly in the evening, while Sharaun and I sit and watch TV. Sometimes, I’ve snuck online during the workday and scribbled down thoughts in outline form, or set a fragmented sentence “to-blog” reminder to pop up on my cellphone and jog my memory. If the mood is right, it doesn’t take long at all. I can knock out several well-formed paragraphs in under a half hour. In fact, sometimes I get to writing so much that a good portion of the stuff ends up in the pre-written “bin” to post later when I’m not so inspired. I usually get an entry done and then spend an amount of time equal to actually writing it in reviewing and touching it up. Fixing sentence structure, flow, spelling, etc. Lastly, I surf the ‘net looking for an appropriate picture to accompany it, upload, format, and hit “publish.”

I like to think about it like this: Were I just taking those couple hours and watching some TV, it’d be two hours out of each day I’d never be able to get back. Spending those two hours writing, I feel like I can get some of that back – by way of reading what those two hours produced at some later date. I can at least revisit the thoughts I took time to put down. I’m going to stop writing this now.

When I was a kid, we had sycamore trees around our hometown. Those familiar with California sycamore trees will likely know what I mean when I say they had the coolest “puzzle-piece” bark. Instead of a solid sheath of bark like standard trees have, these trees had a protective outer shell made up of little cobblestones of hard bark. Being boys, we loved to pick at these scabby things, pulling off the amoeba-shaped flakes of bark to expose the bright yellow-green skin underneath. I can remember staring at trunk and limbs of the tree, looking for potential patterns; purposely trying to pull off the little puzzle pieces to leave behind a green secret message. The tree’s soft layer of protected skin used as a verdant billboard, perhaps advertising the vandal’s name or favorite four-letter word. Sure, the letters were often bubbly and imperfect, but if you took a long hard look at the sycamores in my neighborhood – you’d likely find one or two with a large green D-A-V-E picked off vertically down its trunk.

So… somehow I ended up at an old Stereogum post the other day, one centered on a Hilary Duff photoshopping contest. And, reading through the comments I found this gem tucked away at the very bottom:

Excellent. You hear that, Hil? Don’t be anorexia, OK? Reminds me of some of the fan “mail” I’ve gotten on my ? and the Mysterians page.

One Reply to “verdant billboards”