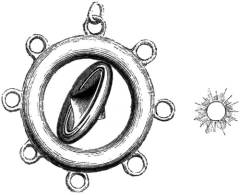 An action-packed weekend, that’s what it was. Yup… action-packed. Saturday we woke up early to get some professional-type photos taken of our burgeoning family. I claimed Keaton post-photos so mom could join friends on a rafting trip down the river. Meanwhile, while her mom lazed her way downstream, Keaton and I headed over to a friend’s place to watch Mexico and Argentina foot it out on the pitch. Later, the family reunited briefly at the follow-up to rafting – a backyard BBQ. Then it was mom’s turn to fly solo with Lil’ Chino, as dad joined some of his friends and headed up the mountain to do some skywatching. Anthony bought a fancy telescope and four of us headed up into the darkness of the mountains, escaping the light-polluted city, to gaze aloft. And, although the watching part was, for the most part, obscured by clouds, it was nice; especially since I’d had the presence of mind to fill my hip flask to the brim with a stout port before leaving. Seven ounces of that stuff will do a body right over the course of a night, y’know. Sunday we spent the day with friends, chowed on grilled salmon and mashed ‘taters… we have a hard, hard life.

And, even in the midst of packing all that action, I was able to upload a small set of pictures to Keaton’s Gallery. Check them out here, and watch as Keaton finally truly “discovers” her feet, and takes her first swim with mom.

Lion: Lion’s paws are made of rubber; primary colors: red, blue, yellow, and green. Lion has beans in his belly and rocks in his head. His purple mane crinkles. Lion is covered in invisible DNA, dried spit. His limbs sag under the weight of his oversized hands and feet, but he can sit up on his own and he never fails to get a smile. Lion goes places; lion is a man on the move; lion’s on the move.

2 Replies to “lion’s paws are made of rubber”