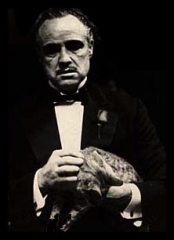 Monday, and a hectic one at that. One of those stupid-busy days where you get a invitation at 8am to a 2hr meeting that starts at 8:30am – and every usable minute of time until 5pm is otherwise booked. A frustrating day where you can barely run one task to completion before getting derailed onto something else. And now I have only an early wakeup and flight to the Bay to look forward to… not much in the way of comfort. OK… OK… get ready for some boring crap, you can glaze right over if you don’t care about music and MP3s and whatnot, but you’re not gonna get much otherwise.

As I sat thinking this past Sunday night about my recent CD offload, my mind drifted back to the amount of work that’s stiff unfinished in my CD ripping project. Thus far, I’ve converted nearly 600 CDs to MP3 format, subsequently selling off the now “redundant” physical discs. However, I’ve got that many over again, slightly more actually, left to rip – consisting entirely of bootlegs (the majority being Beatles bootlegs). I chose to rip commercial CDs first because they are commonly available and their information can be located online, merged into most CD-ripping programs, and auto-added to the resultant MP3 files’ ID3 tags. This automated tagging process is great. Bootlegs, however, are by nature unauthorized recordings and therefore not commonly available – and they just don’t auto-tag nicely via CDDB or any other large online database. This leaves he who desires to rip his bootlegs to manually add ID3 tags to his bootlegs – a grueling, arduous process to which I was not looking forward. However, back to my Sunday night thinking…

I started thinking how great it would be if I could auto-import ID3 tag info from the great bootlegzone.com website. Bootlegzone contains album details for nearly every Beatles CD in existence, bootleg or not, as well many other artists. Too bad common MP3 tagging softwares can’t parse that database and grab information… or can they? The Godfather, a completely freeware MP3 tagging application, supports Delphi script add-ons which can be used to parse webpages and import information over already-ripped albums. Could I write a Godfather add-on that could parse bootlegzone.com pages and import the data onto ripped bootlegs? You bet I could, and did. Four hours of tinkering later, and I had a script that reads in bootlegzone.com pages and imports album title, artist, song titles, year, label, and even album artwork in JPG form. You have no idea how much time this will save me. Now I can just give a disc a placeholder title (for later ID) when I rip it, and run the resulting folder through the Godfather/bootlegzone script as post-processing – and all my files are tagged instantly. Sure beats entering song titles and information one-by-one off the back of the CD.

If you’re interested in my Godfather script to read in MP3 information from bootlegzone.com, you can always get the latest version by clicking this link. Note: Before you use this script, please read the 11/11/06 update below and make sure you grab the “automate.scl” file that solves a potential Windows-related filenaming problem.

A general update history for the script is as follows:

Grab the latest version from the link above to get these changes.