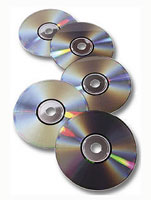 I love my blog; I really do. Sometimes, I just point Firefox towards it at random times during the day. I’ll re-read my own posts maybe three times during each given workday. Sometimes I do it under the guise of “looking for errors,” but really I just like reading my own stuff – I’m that full of myself. Every night, I check the day’s blog stats: who visited, how long they stayed, what they’re reading and searching for; I eat it up. During the day, I’ll take quick notes on my cellphone, things I want to write about (yesterday my cellphone chirped at 6pm, flashing a cryptic two-word reminder: “island sex”). I like to imagine people reading it and smiling or laughing, I like to imagine the little green s|f icon sitting in peoples’ favorites. I like to imagine people thinking, “I wonder what Dave wrote today.” I like all these things because I’m arrogant, conceited, and self-centered – traits which I think a good portion of bloggers likely share (blogs are for an audience, after all). I don’t care though, I still love my blog – and see no end to it, even as we march onward towards three years together.

This weekend, I sent off a note to an online used CD store. In it, I included a text list of all the titles I’ve ripped and verified from my extensive collection – and asked what kind of price they’d give me for the lot of ’em (some ~500 discs). Their original offer came in a tad low, so I countered and raised by about ~$400. In the end, it looks like I’ll be lucky to make ~$3 per CD upon selling them. Surprisingly, this doesn’t disappoint me that much… I mean, I’m done with these plastic things, they’ve served me well, and certainly given me $15 worth of entertainment over the years – if I can get 20% resale on them after all this time and use, who am I to balk at it? So, in the end, I’ll be dumping nearly half my collection (the other half being mostly Beatles, bootlegs, or CD-R copies of albums I accumulated via online trading) for roughly ~$1500. That’s a $1500 windfall, as far as I’m concerned. Plus, I get rid of ~100lbs of plastic and paper and can sell my specialized CD racks on Craigslist. All in the spirit of simplifying, well that and a corrupt “make a copy and then sell it” sense of capitalism.

Don’t tell anyone, but I bet I got at least 100 of those CDs by scamming the Columbia House and BMG music clubs. Back in middle/high school, I’d join up each service multiple times, under multiple pseudonyms with fake variation addresses of my folks’ house (y’know, Ian Ichamore in “suite B” and the like). I must’ve been a member of each club four or five times over, sometimes maintaining several memberships simultaneously, each one garnering my 12 free CDs. But Dave, what about the commitments you had to fulfill to get out of the club? How could you keep getting the free discs without buying anything? Easy, I had a few standard excuse letters that worked brilliantly each time. My favorite was the, “I’m in the US Navy and am spending the next 16mos aboard a carrier in the Pacific.” I also used the, “I’m in the Army and have been relocated to Japan/Germany/South Africa” bit – but usually my excuses involved compulsory military service – so as to lay on the guilt should I not be absolved of my commitments. Worked like a charm every time. (Dang! I thought I already wrote about this!)

Like the day I discovered I’d been spelling the word “won’t” wrong for my entire life, yesterday I realized that, in my some 30 years of writing, I’ve been using the word “desert” to mean both an arid, dry/hot area of land, and a sweet post-meal confection. Somewhere along the lines, the lesson about there being two Ses in “dessert” missed me. As of tonight, I’ve gone back through the entire blog and rid myself of this embarrassing faux-pas. Isn’t my face red.

One Reply to “invested”