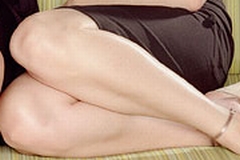 Sharaun’s at the gym, pre-dinner.  She cooked half of it, readied.  Then she caught her spin class.  I tried a spin class once and found it daunting; I had to fake some of the effort, I couldn’t hack it.  Never went to another one; prefer self-motivated gym activities (laziness, to be sure).  Keaton and Cohen are on the nursery floor, rolling around playing with each other.  Well, as much as a four year old (one week left, I’m gonna count every day before the Lord takes another year) can play with a seven month old.  She’s wonderful with him, really, keeps him entertained and watches out for him.  I’m listening to a 1968 record called Salvation by a band of the same name.  A San Franciscan outfit that lasted long enough to make two records of psychedelic rock, had one hit with an A-side called “Think Twice.”  Obscure, but pretty good.

What a squandered three-day weekend.  A buddy asked me to go camping with him and his son in Death Valley, said to bring Keaton and the kids could have a blast.  The drive would’ve been long and the time in-country short, which is just the sort of “camping” trip I despise, but now I wonder what we might’ve missed.  Oh I had a lot of fun.  Hung out with friends, spent time with the family, a lot of good times.  But maybe camping in Death Valley would’ve been spiritual or removed from it all.  That stupid leave-it-all-behind nirvana I’m always after.  The same nirvana that I’ll be chasing to every day’s horizon behind the wheel of thirty foot RV come June.  Maybe that same nirvana I’ll be hunting until the end, or maybe not.  I’ll let you know if I ever get it by the collar, I sure will.

Friday night we did dinner and games with friends.  Had an old-man’s fill of beer, four, and woke the next morning with a headache.  Sad stat of affairs, that.  Saturday Sharaun was working a race (like taking official times and handing out water or something) with a friend, so the friend’s husband and I took ourselves, and the four children left in our charge between us, out to an early breakfast.  Breakfast turned into a day of leisure hanging around the house together, even once the ladies got back.  That afternoon we took the older kids over to the college practice field and launched model rockets.  They played on the softball field (it was muddy and loose from all the recent rain) while we packed up the equipment.  Sunday we gave a little praise to the Creator and had another fine home-cooked meal courtesy of friends.  Monday, Monday we did nothing.  Met friends for lunch, attempted to take the family bowling (place was packed, every lane taken and an hour wait), and read a lot of my book.

Been a while since I wrote something like this… the boring “what we did” thing without flair or fiction or whatever.  At least it’s words and words are what make this site go.  Goodnight.

One Reply to “if i ever get it by the collar”