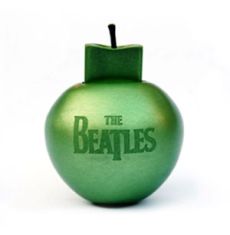 After I wrote all this mess, I decided to break it out from the regular day-to-day stuff that makes up the bulk of sounds familiar, just to spare the typical audience from something they likely wouldn’t be interested in.  But for those who may get down with the music/audio/technical junk, here’s some.

Well folks, I thought I had it all.  A while back when I got the new 2009 Beatles remastered catalog in lossless FLAC format I figured I had the best sounding version of the stuff to be had by humans. I was even super happy that I was able to losslessly transcode the FLAC files into Apple’s own lossless audio format for pristine playback on the iPod (I know, no comments about my 6G iPod Classic’s crappy DAC or sound quality in general here, please).  Anyway, put short – I was pleased that, on my portable device, I had the best-sounding versions of the Beatles’ records you could get.

Then EMI (not Apple, and the subtle distinction is important here for Beatlemaniacs) goes ahead and releases the entire catalog again in digital format, via a special USB key, and this time they offer a “24 bit”  lossless FLAC option.  What does this mean?  I dunno… not a lot unless you want me to get way technical… oh wait, you do?  If you wanna skip the techy stuff, move forward to the very last paragraph here (“Goodnight”) and just know that the 24 bit version is, for some scientific reason, better than what I had previously.  For the smarty-pantses out there…

See, normal, CD-quality tunes have a bit-depth of 16 bits per sample (a sample being sized as 1/44,100th of second).  Higher-definition audio, such as DVD-quality audio, often comes at at an increased bit-depth of 24 bits per sample, and a smaller sample size (sometimes 48 kHz, sometimes 96 kHz, sometimes as much 192 kHz).  If you’re nerdy, you can think of it as an analog-to-digital thing, trying to take enough discrete points of digital data to accurately represent a continual analog sound.  The more often you “record” the analog sound, and the higher “resolution” in which you make the recording can be thought of, respectively, as sample-rate and bit-depth.  (And for the real nerds those last two links are to a couple far-better explained Wikipedia articles on the subject.)

Anyway, EMI’s straight-to-digital release upped the Beatles catalog ante by offering the lossless files in 24 bit format (albeit still sampled at 44.1 kHz, which some maintain is akin to a cliffhanger ending in a summer blockbuster… leaving open the door for yet another “upgrade” to a higher quality version of the set at a later date).  Oh great; this now means that my heretofore “best quality” 16 bit files on the iPod are, in fact, now trumped.  And while folks will argue with me about an iPod’s ability to, with any noticeable difference in sound quality, reproduce 24 bit audio… I of course want to get these new recordings on my trusty portable device.

Problem is getting 24-bit FLAC files converted over to 24-bit ALAC (m4a) files – using Windows – hasn’t historically been the easiest thing in the world. At this point in time, it’s rather trivial if you’re in the MacOS environment, but quite a bit more tricky in a Windows environment (especially if you prefer open-source stuff or you’re not overly-anxious to spend money on a pay-for piece of software to do the task).  If you’re a Mac person, you’ve got XLD or Max at your side and’ll have hardly any issues getting high-def stuff onto your iPods (provided you’re stubborn like me and want to do it regardless of whether or not the playback quality warrants it).  If you’re a Windows user, you’re options are significantly more narrow.

However, I’m here to report my personal success in the hopes that others out there may share in it.  See, just last week the venerable application dBpoweramp released a version of their great conversion software that supports encoding of 24 bit Apple lossless files.  What’s more, the software does the conversion in a batch format, from the original directories, in mere seconds, and it’s completely free for a 28 day trial period – no strings attached.  Wonderful.  And, as a check, the final files imported into iTunes show 24 bit / 44,100 Hz as expected (and I’m sure would match the sampling rate on a 96 kHz file as well).  Losslessly perfect!

For what it’s worth, as long as you can get files encoded into an Apple container, an iPod classic will indeed support 24 bit playback (I have the 6th generation 160GB, your mileage may vary).  And, even with the internet, it’s pretty hard to nail down the sampling-rate limitations… but from experience I can tell you my 6G classic has no issues at all with the 24 bit / 44.1 kHz Beatles ALACs.  Apparently, however, the iPod does have a sampling-rate ceiling of 48 kHz, and reportedly trying to load anything sampled at a higher rate than this onto your iPod will cause iTunes to spit it right back (yet my Apple TV is able to play 24 bit / 96 kHz files via the optical output, which is fantastic).

So for me, I’ll ignore the audiophile mantra of “you’ll never be able to tell on the iPod anyway,” delete my old 16 bit ALAC files from the iPod, and go with my newly-FLAC-transcoded 24 bit / 44.1 kHz ALAC versions of the Beatles’ catalog for portability.  I mean, even amongst all the stuff I read online about the quality of the iPod’s DAC, there’s reason to believe you might be able to tell a difference.  But at home, I’ll try loading the ALACs onto the Apple TV and playing them back via optical to the surround system for the “best” listening… (since I don’t want to have to buy one of those mega-expensive iPod DAC bypassing docks/transports anytime soon…).  Anyway, I’ve said it before: I’m no audiophile.  I obsess about it, but, when it comes down to it, I can’t hear the difference.

Anyway, if you’re a Windows user and dBpoweramp worked for you, you’ll likely end up like me and buy it despite doing all you needed to do with it long before the free trial expires… I mean, it’s worth it  – and down the road when more stuff comes in higher-definition format you’re gonna want to be able to re-encode on the fly anyway.  Drop me a line if you had luck with it, or go buy it… whatever.

I got some Beatles to go listen to…

One Reply to “high-definition audio on an ipod”