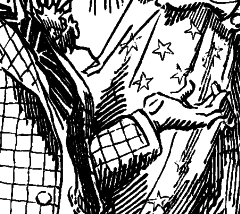 Keep my waistline in your prayers, brethren.

In October we went to Mexico.  A month later I went to China.  A month later we went to Florida.  Each time a week away from home.  Each time, no going to the gym and no counting calories.  Now here we are in December and two months have passed without me keeping to my still-infantile (in the scope of time I’ve been alive versus time I’ve been doing it) “healthier living” regimen.  Two months may seem innocuous enough, but for me it’s been deadly.  I’m too close to halfway back to where I was when I started.  Guess it makes some small amount of sense, mathematically at least… six or so months of good behavior, three or so of not-so-good, and you erase half of what you achieved.

The new “thin” pants are bunching in strange places and the belts all of the sudden chafe.  My clothes are the first to complain.  “This cannot stand,” seams and buttons and zippers say in solidarity.  It’s then with head hung low and tail squarely betwixt legs that I once again make my face known at the local sweatatorium.  It must be done; this simply cannot be the undoing.  I’ll make my stand by being there every day this week, working hard again to get back on the wagon (off the wagon?).

I went there tonight, in fact.  I listened to the new Beach House record while doing my time on the machine.  My stars that album is fantastic.  When it actually comes out, in 2010, it’ll surely rank up there with the better ones.  Anyway, I went round and round listening to it; burning an hour’s worth of calories.  Tomorrow I’ll go again; early in the morning I think.  Doubling-down, fat; doubling-down.