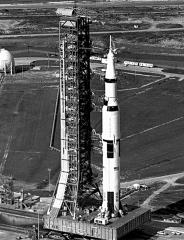 Happy Friday folks.  I know I’ve been ready for it.

Real quick before I get started, to update you.  The car deal is supposed to go down today (as you read this, Friday).  Still not 100% sure though, as the dealership that has the vehicle we want is the only one around here not offering “early” C4C deals.  Patience… I’m having issues with it.

Hard to believe it’s that time of year again, but we’re halfway through the 2009 and we’re at a good spot to critically cast our ears back over the last six months.

So then, presented here for you without further pretext, my picks for the best releases between January and now.  My ears only, so take the recommendations with a grain of your own aural salt.

And yes, I erred on the side of over-inclusion (makes the year-end choices easier with a larger midyear field).

Yes, Virginia, they do still make plain-and-simple good music.  Just American heartland; just traditional sounds; breezy and making it sound easy.  With the good bits recalling Dylan or Harrison or some similarly poppy, maybe rooted in country, Americana… this record comes off to me less as a masterpiece and more as just a solid slice of consistently good music.  The band even takes the sunny stuff and flips it from time to time, getting the hackles up and bringing the gruff – but not to the detriment of the overall feeling.  An album you’ll want to listen to with the windows down and the sun on your face.

7. The Most Serene Republic – … and the Ever Expanding Universe

While not as immediately unstoppable as some of the MSR’s previous efforts (which have all, unfailingly, ranked here on previous blog toplists) – the Canuck collective’s latest release is nothing to turn away from.  Still layered and dense and thickly sung by many voices, it still seems a tad bit dialed back from the all-out cacophony of their earlier stuff, and might benefit from being a little less unapproachable this time around because of it.  For me, it may be that this band continues to do no wrong… but I liked this album from the first time I heard the first few seconds of the first song.  Good stuff here folks; good, exciting stuff.

Now that’s a title.  I’d never been into Mew before this record; never even really heard of them, to be honest.  Curiosity got this album onto my iPod; I had to grab it when it hit the top of the charts on the 100% legal pay-to-acquire-licensed music website I frequent.  Then, when I spun it for the first time and realized the first track is actually two completely different songs – one called “New Terrain” when you listen to it normally, and one called “Nervous” when you listen to it backwards… I knew this was going to be interesting.

Sure enough, the tunes here don’t disappoint.  Sometimes as simple as enjoyable as the clean hippy stuff that guys like the Band of Horses do, other times as dense and trippy as the most avante garde of the art set – there’s something here for the whole hipster crayonbox.  But more importantly, it’s a fun listen and would make for a good BBQ soundtrack come August.  If for nothing else, you might want to get it for the occasion…

Man, if “Love Like a Sunset” didn’t come in and break up the near-unflappable punch of this record, it might’ve jumped up a full spot in the rankings.  Phoenix has ranked for me before, and back then I wrote about them that, “Every summer deserves a summery album. Like a sweet, dripping ice-cream cone, It’s Never Been Like That plops perfect little circles of melted goodness all over your favorite Hawaiian shirt.” And, aside from that being a pretty decent descriptive sentence, the underlying statement works for Wolfgang… too.

I want to bring this album back in time with me when they invent the machine; use it as the soundtrack to the saccharine over-emotion of a tweenage bout of puppy-love.  The smiley songs could bounce along like a mirror image of my infatuation-fueled heartbeat as we held hand for the first time.  Does that make you want to hear it?  It should.

OK so here we go with the Grizzly Bear thing…  I talked about how the Mew album would be good for a summertime BBQ.  Let’s get it straight up-front, this record would be better suited for a summertime opium party.  Lounging around on satin pillows letting lethargy drive an academic listening.  It’s no secret that “Two Weeks” buoys the record from a broad-appeal perspective, or that the rest of the tracks dazzle more through subtlety than fireworks – but there’s a wall-to-wall beauty of perfectionist production here that demands intent listening throughout; even after things seem to “slow down” off the high that is “Two Weeks.”  And yes, I’ll admit that I just plain don’t like “Dory” at all… but that’s no reason to shun this sparkly, sometimes slow, quiet beast.  With each perfectly placed strum or beat or whisper, it proves it deserves the spot.

3. The Decemberists – The Hazards of Love

What can I say about this record that won’t make you automatically write it off as just some pretentious concept album?  Oh, that’s right: nothing.  That’s because this, moreso than any loosely cohesive so-called “concept” record of the last few years, is indeed a supremely pretentious album-length story-arc.  A shamelessly complex tale starring a multi-character cast built on the foundation of Meloy’s trademark wordy, arcane songwriting.  Through a hefty dose of “thou” and “wilt” and “irascible,” you’re treated to a classic tragedy involving a maiden, a shape-shifting animal-man, a wicked forest queen, and… uh… yeah…

And, as much as that whole mess above might turn you off (and believe me, Sharaun could barely bring herself to listen to this thing after I’d ranted and raved about the story and concept), the music on here is just piss-pants brilliant.  Thematically tight, brilliantly instrumented, and entertaining throughout, you’ll want to hear the album if only to dismiss it as trying-too-hard smarmy art-rock.

I currently can’t get enough of this music.  I don’t even know how to describe it to you, but a flood of adjectives come to mind and I figured that might be as good as I’m gonna be able to do.  Seductive; slippery; effeminate; growling; dirty; taunting; young; full of sex.  Yeah, these plucky harmonics, sparse woodblock percussion, and the should-be-offputting-but’s-instead-entrancing female/male range of the lead singer – it’s all somehow evocative of all those things (and then some).  It’s not going to be Top 40; and it’s not really typical for what I dig, but I’ve fallen head over heels in love with the sound.  And, besides, when you can have a lyric that goes, “This is a booty call; my boot, my boot, my boot, my boot up your asshole,” you know you’ve got a classic on your hands.

Nothing, not even a whole other top-ten list, could bridge the gap between this record and the previous entrants.  It’s in a whole other league.  So I’ll sound like all the other indie fawners and say that I really do think this is what it sounds like to hear rock music evolving.  And, though haters will say it’s innovation akin to “selling out,” it’s nonetheless the kind of approachable envelope-pushing that can bend the ear of the casual listener.

Kids singing songs about their new families and the joy of having children; the carefree escapism of walking around a city at night; the merits of simply staying in bed: themes that seem almost tailor-made for the me of now.  With unmistakeably Beach Boy styled harmonies and arpeggio-drenched, mechanical bassline-driven thumpers that get you moving, there’s nothing on this record not to like (OK, you could argue about the lengthy fade on “Daily Routine”).

If you missed it; get it.  There won’t be another record like this in 2009 and you owe it to rock and roll to just peek in on it and see how things have been moving along since Bill Haley.  Get it.

And there we go.  Start to finish in one evening, post-gym, with no pre-planning or sketched out ideas.  Atypical for a “best of” deal, but I think it worked well to knock through it all at once (with the help of the iPod to make some split-second decisions on list landing zones).  Hope you enjoyed it or, if you’re not a music person, safely ignored it.

Have a good weekend; until Monday, I love you internet friends.  Nite.