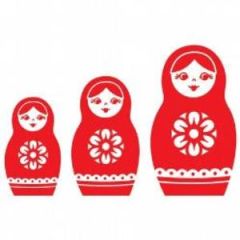 Right now Keaton is screaming in her room.  She’s refusing to go to bed because she can’t get her “covers flat.”

Allow me to explain.

I fear that my daughter has inherited some of my OCD tendencies.  See, she has some very ritualistic habits for a three year old: Needing to say “goodnight” and “I love you,” along with blowing just so many kisses, in a choreographed bedtime progression that’s repeated for a fixed number of volleys before she’s satisfied and starts to doze off; wanting her “covers flat,” which means that the blanket can have no wrinkles at all – no matter if it’s on top of her or she’s laying on it; not being able to tolerate a single speck of dirt or debris in her shoes without nearly losing it; giving up on food in a fit of frustration if it’s not assembled correctly (a sandwich that’s falling apart, for instance).  On and on the list goes…

No, I don’t think this any kind of real OCD, or even anything serious… rather I think it’s part of the peculiarities of being a three year-old.  Wanting familiarity, desiring consistency, exerting some degree of control over one’s world.  But, whatever it is, when it chooses to manifest, it can be a three-year-old tornado.  I mean, right now, Sharaun is back there trying to explain to Keaton that the past forty-five minutes of screaming, crying, and all-out worked up tantrumming has been for nothing more than “wrinkled covers.”  Somehow, I don’t think Keaton appreciates just how ridiculous that is – but I gotta hand it to Sharaun for at least trying.

Camping this weekend, she lost it over a breakfast burrito that was losing its guts and falling apart in general.  Beginning as a whiny, “It keeps falling apart!,” and eventually escalating into a near all out breakdown where she refused to eat the thing unless it could be reassembled into a nice, neat, handheld breakfast.  I tried re-characterizing the pile of former-burrito on her plate as a regular style breakfast, but it was hopeless… she continued to try and rebuild the thing in futility, getting more and more frustrated and more and more vocal as she continued to fail.

Usually, when she obsesses over some minor thing like this and loses it, Sharaun and I try to use it as an example of how not everything always go your way.  I can remember saying, “Breakfast burritos are supposed to fall apart babe, that’s part of what makes them so good.”  The key seems to get her to remove her brain from the motivating hangup (in this case, taking away the burrito altogether) and then getting her to calm down and relax.  At that point we can typically re-introduce the hangup (be it a burrito, covers, dirty shoes, etc.) and usually get past it all.

But really, I don’t know… this whole parenting thing is a crapshoot.  I don’t read the books, I just do what seems right; even if it sometimes it feels like baking a delicate cake over a bonfire…  Wish us luck with our progeny, OK?

Oh, and lest you think I just bailed and gave tonight’s bedtime fit to my wife – we alternate on the nighttime Keaton duties, and tonight was her night.  And if that sounds like a copout, I’ll also note that we have an agreement that “owning” bedtime for the night means owning all of bedtime – whether it be a quick and easy one or some hellish protracted nightmare of one like tonight.  So, while I’m here for support and guidance, there’s some binding agreement (we may have actually drawn, signed, and notarized a contract… I can’t recall) that it’s up to her to get our sweet angel calmed down and off to sleep.

And, after everything, OCD tantrum and all, Keaton was asleep by the time I finished that last paragraph.  Good job Sharaun; good job.

Well… I need to go flatten my covers before I head to bed.  Goodnight y’all.