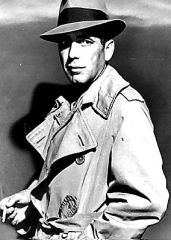 Happy Friday-minus-one my fellow internet lurkers.  I talk music and politics today, although I think I weave the taboo topics in smartly enough that you’ll enjoy the narrative wrapped around them.  So, give it a try, wouldja?  Thanks.

I’m happy to share that I seem to be on the mend from my brief battle with a hit-and-run stomach sickness earlier this week.  And, even if it did force the cancellation of a long-planned trip to Oregon for some important (no, seriously, I missed something important) work-business and some even more-important family-business, I’m glad to share that I am once again comfortable enough to willfully pass gas without first heading to the bathroom.

Being at home today, and feeling much better than yesterday (and worlds better than Monday), I had some idle time on my hands.  I decided to try something I’ve been considering for a long time: Importing all my music into iTunes so that I can actually sync my Apple devices (iPod and iPhone) as they are designed.  So, I undertook that Herculean effort.  And, I’ll stop talking about it here now because I’ve broken off the detailed tech-heavy explanation into it’s very own blog entry you can read below (unless you’re an uber-nerd though, I don’t really recommend it).

Guys, guys, guys.  There are only a few unsolved musical mysteries left for me to ponder.  And, tonight, I totally solved one of the longest-running ones.  While I was sitting here typing, my iPod happened to shuffle up a live performance by Van Morrison (hey, it’s a 1-in-42,000 shot, them’s some odds!).  Now, this isn’t just any live performance, this is an incredible, amazing, vibrantly “alive” live vetting of Van’s “Summertime In England.  And, it’s a recording that I’ve been obsessed with for years.  Let’s tell the story, shall we?

Back in middle and high school, my best buddy Kyle was my musical sage, muse, encyclopedia, and conduit.  For a time, I got everything through Kyle, who himself got it all from his father by way of dubbed cassette tapes in the mail.  In a previous longwinded entry, I wrote about my “Kyle connection” thusly:

When I met Kyle after we moved to Florida, things exploded. With the influence his dad had on his extremely-mature-for-his-age and varied musical tastes, and the mainline connection to his dad’s collection in Texas (via dubbed cassettes again, but of course), my horde of lovingly hand-labeled 90min Maxells flourished.

Ahh… still as delicate a prose as the day I penned it, and just as accurate too.

I can remember vividly driving to Sharaun’s house early one Saturday morning in my little Red Nissan (perhaps it was still my parents’ litte Red Nissan at the time, actually).  I had the windows down and the cool Florida air (a welcome rarity for the few months we get it) streamed in as I listened to the tape.  The saxophones swelled as I crossed US-1 towards the river.  I remember we were headed to a pancake breakfast at McDonalds, I think to raise money for her soccer, or volleyball, or maybe it was softball team (Sharaun is the jock in our family).

The point being, that song was indelibly inked into my mind in that moment.

Somewhere along the road, as things transitioned from tape to CD, I put that well-worn cassette away.  And, eventually, somewhere in my college-years moves from apartment to apartment, I lost it altogether.  I never forgot that song though…

Several years later, after marrying Sharaun and moving to California, I decided I wanted to hear that song again.  Over the years, I’d done a fair job collecting a bunch of bootlegs – and I’d always been keen to pick up a new illicit Van Morrison recording in hopes my fabled song would be included.  Although I never did find the song, I had long before been able to identify the name of the track as “Summertime in England.”  Unfortunately, the song is a staple of many live Van performances – and trying to find a particular version based on vague memories of between-band banter just wasn’t that easy.

Believe me, I tried.  I e-mailed die-heard Van collectors every detail of the show I could recall.  I mentioned that he thanked the members of the band by name, and that he did this echoed lyrical interplay with another vocalist during the performance, where one guy copied the other guy almost at the same instant he sung his line.  They did the same thing with the guitar, I noted.  Not a bad level of detail from a then musty memory, but I had zero luck in locating the actual performance I was after.  Don’t get me wrong, I did manage to acquire ten or so other fantastic live versions of the song which kind collectors guessed might be the one I was after… but no paydirt despite my hunt.

Then, finally, out of frustration, I decided to cut to the chase.  Sometime in 2004 or so I decided to e-mail Kyle’s dad directly and just ask him about the performance.  I wondered, in my e-mail, if he recalled where in the world he got the tape… or did he even know what performance I was referring to?  I figured going to the source was my best option.  Turns out Kyle’s dad knew instantly exactly which song I was referring to (of course he would, he’s the same as me in that way).  However, he said he “thought” he recalled dubbing his cassette off an old VHS he’d recorded from a television broadcast, but could remember nothing more than that.

He did, however, still have that dub and promptly offered to send me a CD-R copy.  I supplied my address, the CD came, I thanked him profusely and dutifully ripped the now legendary-to-me performance onto my iPod… which brings us back full-circle to it being shuffled up tonight.

As my face beamed listening to the song again, I began wondering about typing some exact phrases from the band banter into Google… just fishing.  Turns out I got a single hit on the phrase “Mr. Morrison” “Mr. Hospitality.”  It led me to a message board where it mentioned a “Beacon ’89” show.  A few Google searches later and I’d landed on a YouTube clip of Van Morrison and his band playing “Summertime In England” live at the Beacon Thearer in New York City in November 1989 (too bad it’s clipped at the beginning).  And, wouldn’t you know it… it was the song.  That’s right, the version I’d been looking for forever (and, I suppose, had actually “found” a few years back – although still not fully knowing all the background).

And, with a little more digging I’d turned up the fact that a two-disc soundboard quality bootleg of the show exists under the title Inspired Evenings.  Minutes after that, that very bootleg was streaming it’s way, via a series of bits and bytes, onto my hard drive – from the very nether regions of the internet.  And now it’s done, one great mystery solved.  Next – the unidentifiable mixtape of 1992… I swear I’m gonna crack that case one day… I just know it.

Before I go, I wanted to remind everyone (even if you voted in a recent primary) to go ahead and double-check your registered voter status.  With deadlines looming in nearly every state, it’s in your best interest to confirm your registered status so you have no surprises at your polling place come November.  And yes, I mean this regardless of whom you intend to vote for 🙂

To check your status in your state, use the this handy website (quite a few states have quick and painless online status checking).  Happy democracying!

3 Replies to “hide and seek”